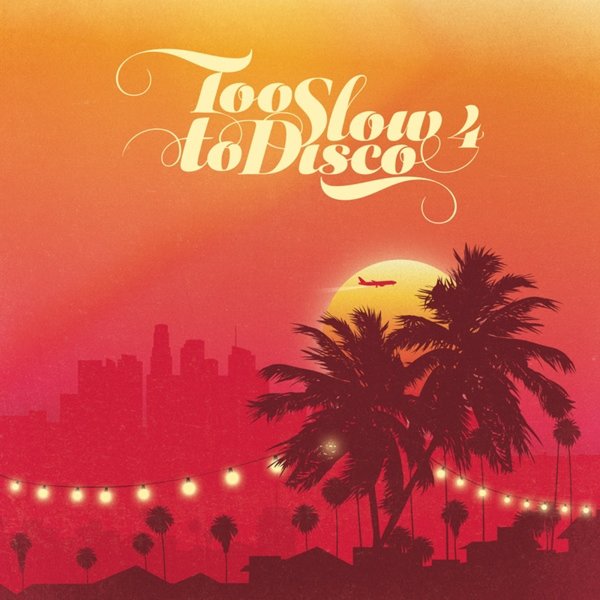 Too Slow To Disco 4

Also available
Various — Too Slow To Disco 4 (colored vinyl pressing – with bonus download) ... LP 39.99
A really wonderful entry in this long-running series – one that really digs deep to go way past the obvious – and continued a journey into mellow-stepping music that moves much farther than we ever could have expected! If you know the other volumes, you'll know that the set looks at the more soulful side of the spectrum in the world of AOR – well-crafted cuts that groove along in a mellow sort of way – but which also aren't too commercial or pop-oriented too – work that was often cut with the best talents of the bigger labels, but never got much exposure at the time – which makes the pleasure of discovery here all that much greater. Titles include "Magic Song" by Jeannine Otis & Heikki Sarmanto, "Nothin To It" by Pleasure, "Groovy Times" by Alan Price, "Stay The Night" by Faragher Brothers, "Stay" by Severin Browne, "Generalities" by Marc Jordan, "Music In Me" by Stephen Encinas, "Tell Me The Reasons Why" by Max Leake, "Open Up" by James Felix, "Fall In Love In Outer Space" by Prime Time Band, "Mystery Girl" by The Dukes, "Now That I Need You" by Peter Skellern, and "Altogether Alone" by Hirth Martinez.  © 1996-2022, Dusty Groove, Inc.

Feten – Rare Jazz Recordings From Spain 1961 to 1974
Vampi Soul (Spain), 1960s/Early 70s. New Copy Gatefold
CD...$5.99 16.99
Tremendous work from the Spanish scene of the 60s and early 70s – way more than just a batch of obscure jazz cuts, and instead a true testament to this very vibrant musical community! The package brings together some really special tracks from Spanish labels like Edigsa, Ensayo, Hispavox, ... CD

Let's Get Swinging – Modern Jazz In Belgium 1950 to 1970
Sdban (Belgium), Late 50s/1960s. New Copy 2 CDs
CD...$32.99 (CD...$19.99)
A long-overdue look at the Belgian jazz scene in the postwar years – a nation that always seems to get overlooked next to the more famous jazz musicians that have recorded in Denmark, France, and The Netherlands at the time! Yet the Belgian scene also gave Paris some of its most important ... CD