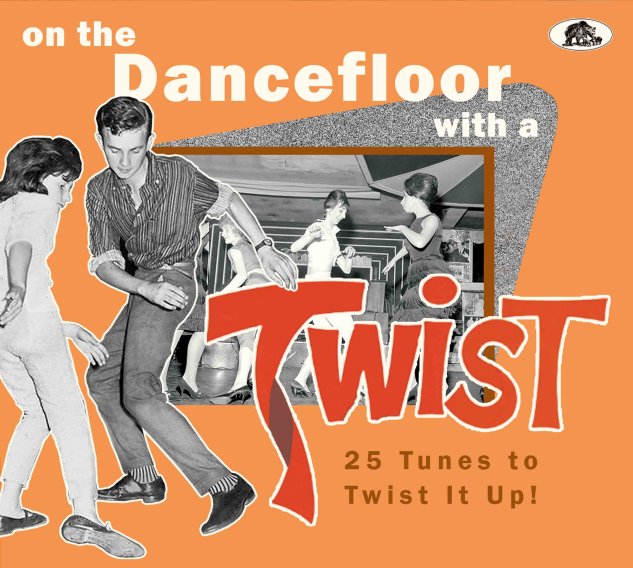 Sure, the twist was a big dance fad, but it also opened the door to a whole new level of grooviness in American music – and was a way for the raw energy of the early rock years to step out into a whole array of different genres! You'll definitely hear that going on here, as the package goes way past Chubby Checker and the new dance steps – and instead, shows why we found out years ago that "twist" on a record can mean a very groovy track – upbeat, fast-moving, and full of mighty nice energy from start to finish! As with most Bear Family collections, the package is overflowing with cuts we never would have discovered otherwise – titles that include "No Twistin On Sunday" by The Zircons, "Moon Twist" by Billy Nix, "Buzz Saw Twist" by Gee Cees, "Twistin With Linda" by Isley Brothers, "Chicken Twist (part 1)" by Paul Liver & The Lions, "Tail End Twist" by Kirby Ladner, "Twist All Wrong" by Miller Olsen Combo, "Ivory Twist" by Chavis Brothers, "Twist & Shout" by The Top Notes, "Slow Twistin" by The Marvelettes, "Steelball Twist" by Dee Page & His Western Allstars, and "Twist Like This" by Eddie Clearwater.  © 1996-2023, Dusty Groove, Inc.