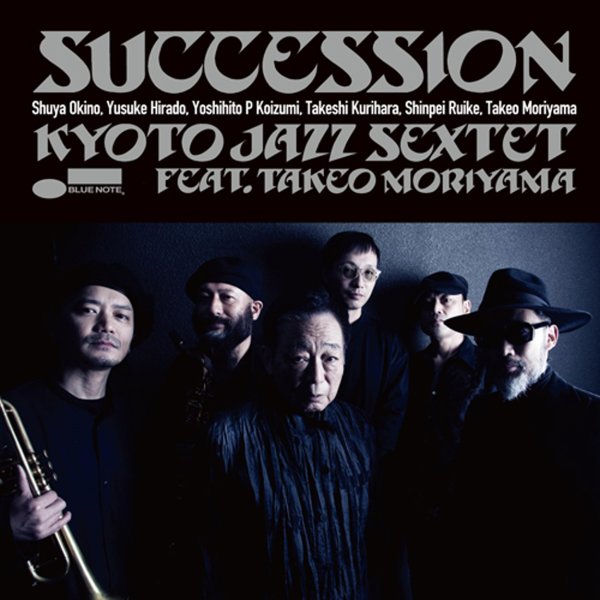 Legendary drummer Takeo Moriyama joins the Kyoto Jazz Sextet here – and helps find a sound that's even stronger than their previous album for Blue Note! It's been many years since Shuya Okino first started giving us grooves under the Kyoto Jazz banner – and this sextet project is maybe one of his greatest efforts of the bunch – a searing jazz session that not only takes us back to the strength of Takeo's classic albums of the 70s, but which also makes the album more than worthy of inclusion in the legendary catalog of Blue Note! The rest of the lineup features Shinpei Ruike on trumpet, Takeshi Kurihara on tenor, Yusuke Hirado on piano, and Yoshihito Koizumi on bass – and titles include versions of the classic Fumio Itabashi titles "Watarase" and "Sunrise" – plus the tracks "Father Forest", "Miagete Goran Yoruno Hoshido", "Kaze", and "No More Apple".  © 1996-2022, Dusty Groove, Inc.