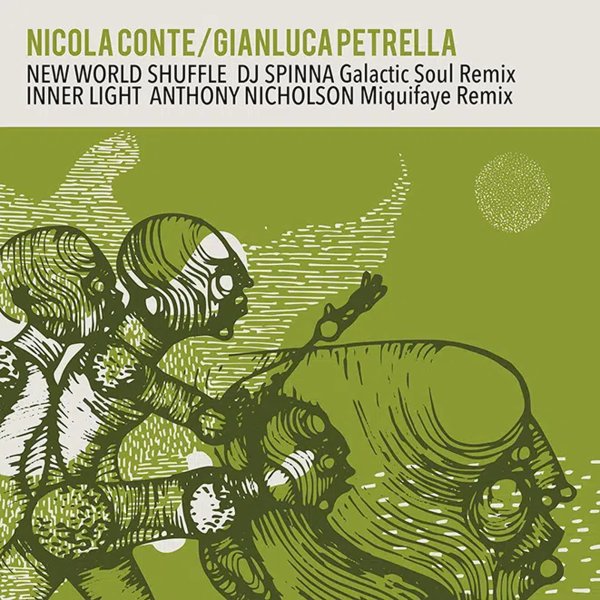 Two of our favorite mixers take on some great work from Nicola Conte – each making the tunes very much their own! DJ Spinna brings plenty of soul to "New World Shuffle" – letting the tune crackle and build over the long space of eight minutes – while Bridgette Amofah sings lyrics over the warmly flowing groove! Our local hero Anthony Nicholson brings a wickedly funky groove to "Inner Light" – starting with a tribal house rhythm, then getting more straightforwardly funk – while Raashan Amad delivers some knowledge over the top!  © 1996-2022, Dusty Groove, Inc.

Journey To The Peak/Love You More/Brother Of Mine (orig, Volcov tea & biscuits rmx)
Neroli (UK), 2022. New Copy
12-inch...$16.99 20.99
Nathan Haines and Phil Asher deliver some really amazing sounds here – exactly the kind of music that first got us noticing their skills on the London scene many years back! "Journey To The Peak" is a soaring cosmic groover with a long alto solo from Haines – real jazz that ... 12-inch, Vinyl record