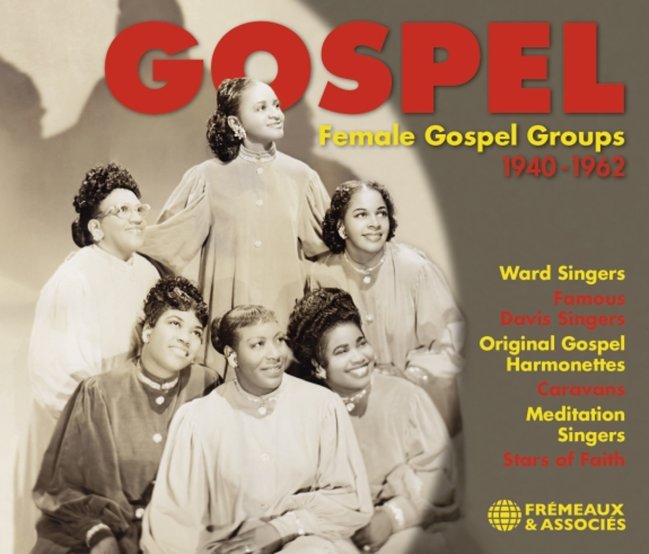 A huge overview of female gospel material from the golden age of the genre – and a set that's a mighty nice contrast to some of the heavy male group reissues that have dominated the market! Most of the groups here are smaller ones – not the large choir of a church, but the quintets and quartets that got a chance to record material during the early years of gospel – helping to forge a style that went on to have a huge impact on the way the female voice sounded in soul music during the 60s! As usual with large sets like this on the Fremeaux label, there's detailed notes in both French and English – and a huge selection of 72 tracks that includes work by Sallie Martin Singers, Southern Harps, Ward Singers, Gospel Stars, Meditation Singers, Famous Davis Singers, Inez Andres & Andrewettes, Angelic Gospel Singers, Simmons Akers Trio, Clara Ward Specials, and many others!  © 1996-2022, Dusty Groove, Inc.