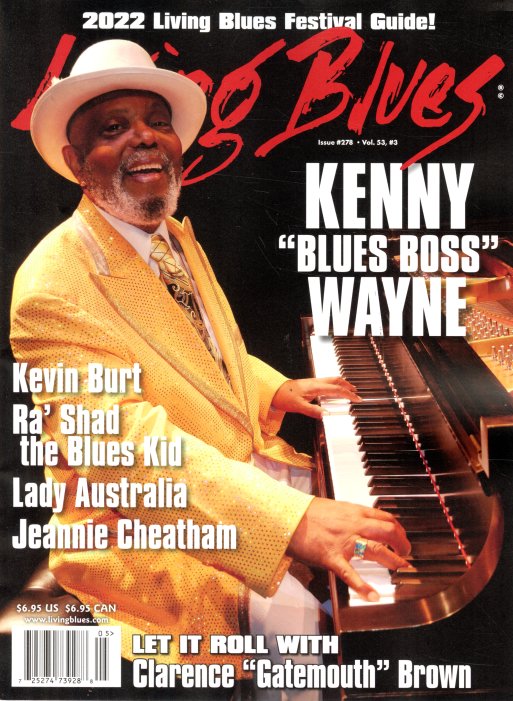 Pianist Kenny Wayne is on the cover this time around, and gets a big feature inside – next to other articles on Jeannie Cheatham, Kevin Burt, Lady Australia, and Ra'Shad The Blues Kid! As always, there's a great historical feature too – a look at a 1947 Aladdin Records session with Clarence Gatemouth Brown – and the issue also has a guide to blues festivals in 2022 – a year when they've finally been able to get back on their feet!  © 1996-2022, Dusty Groove, Inc.