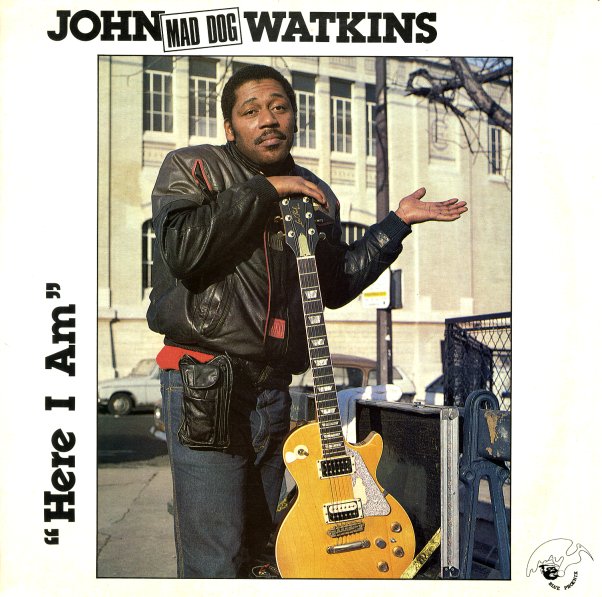 John Watkins has a great approach here – focused and confident, but also nicely non-commercial – the best sort of indie blues vibe that was keeping the music alive and well at a time when it was being served up at a tepid level on so many other fronts! The session was recorded overseas, with great handling that has Watkins guitar in the left channel, the second guitar of Jimmy Johnson in the right, and the vocals in the middle – in a nice combo that also features plenty of Hammond work from Saint James Bryant! Johnson plays harmonica on one track – and titles include "Call The Plumber", "Dead Or Alive", "As The Years Go Passing By", "Here I Am", "Long Distance Call", and "Here I Am".  © 1996-2022, Dusty Groove, Inc.

Chicago Blues Festival 1979 (with bonus tracks)
Black & Blue/Ultra Vybe (Japan), 1979. New Copy
CD...$14.99 16.99
One of the first recordings to ever feature Lefty Dizz in the lead – done at a time when the singer/guitarist was a young star on the Chicago scene, but getting some key exposure here, thanks to an overseas recordings! Lefty's as great as you might guess from his name – a strong ... CD

Jimmy Dawkins/Big Voice Odom (with bonus tracks)
Black & Blue/Ultra Vybe (Japan), 1974. New Copy
CD...$14.99 16.99
A killer set – one that not only features vocals from Jimmy Dawkins on one half, and vocals from Big Voice Odom on the other – but which also includes some great guitar from the mighty Otis Rush! Rush is fantastic, twisting around Jimmy's own guitar, which is pretty darn great too ... CD

Chicago Beat (with bonus tracks)
Black & Blue/Ultra Vybe (Japan), 1970/1973. New Copy
CD...$14.99 16.99
Great work from this Chicago group – material recorded in France, but which wails with the best sound of the small blues clubs on the south side at the time! The core group features Louis Myers on guitar and harmonica, Dave Myers on bass, and Fred Below on drums – joined by Eddie ... CD