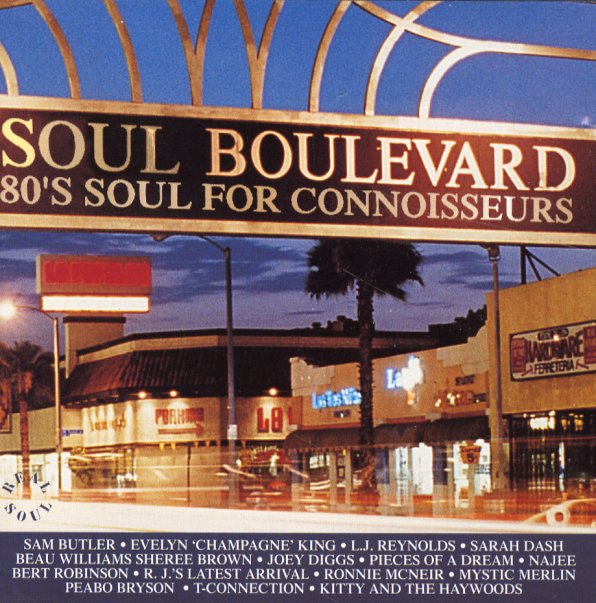 Think what you want about 80s soul – we love this set! The package is a tasty batch of 16 smooth modern numbers that really show the strength of soul in the 80s – especially in terms of the "under the charts" work that was being put out on major labels, yet never making it with the bigger hits that seemed to dominate the charts more than in the 70s. There's some real gems on this set – especially if you dig the sophisticated jazzed-up soul sound of the Capitol Rare generation. Titles include "Mr Magician" by Mystic Merlin, "Light My Fire" by Ronnie McNeir, "Key To The World" by LJ Reynolds, "All Because of You" by Beau Williams, "It's A Pleasure" by Sheree Brown, "We Belong To Each Other" by Pieces Of A Dream, "I Can't Get Over" by Sam Butler, "Best Of My Love" by T Connection, "Why Don't You Make Up Your Mind" by Peabo Bryson, and "Mystic Stranger" by Kitty & The Haywoods.  © 1996-2022, Dusty Groove, Inc.
(Out of print.)