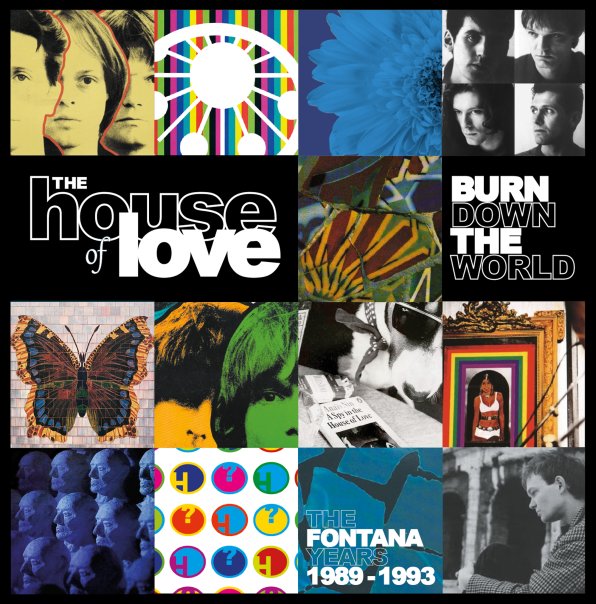 A huge overview of the second chapter of work from House Of Love – a group who were a key part of the legendary Creation Records scene in the UK in the mid 80s, then made a shift to a bigger label – where they cut all the music in this package – and then some! Unlike some of their contemporaries, House Of Love never traded in their swirling guitars for too much in the way of dance music – which means that the work here is a nice extension of their early Creation sound – that great moment when older psych influences were filtered through a leaner post-punk sensibility – really revolutionizing British rock, at a level that made this group one of the key forbearers of a new generation! The package features all the albums the group recorded for Fontana – House Of Love, Babe Rainbow, and Audience With The Mind – but with an 8CD set, you can imagine that there's a lot of bonus material – 3CDs worth of single tracks, remixes, and other material – 2 more CDs worth of live performances – and even lots of bonus tracks added to the core albums too. There's 139 tracks in the set – including some unreleased selections!  © 1996-2022, Dusty Groove, Inc.