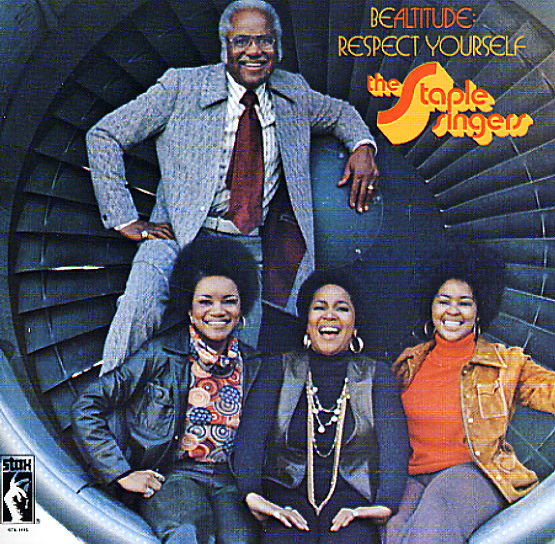 About as classic as you can get with the Staple Singers – an album that was cut at that perfect moment when the group was forging an electric soul sound that would bring them high in the charts in the 70s – filled with all the righteousness of their gospel years, but also touched with elements like electric piano and funky rhythm, which give the whole thing as very secular groove! The approach is wonderful – soaring in spirit, but nice and earthy at the core – heard perfectly on their funky version of "Who Do You Think You Are", with a very samplable intro – alongside other gems that include "Respect Yourself", "This World", "We The People", and "I'm Just Another Soldier".  © 1996-2022, Dusty Groove, Inc.
(50th Anniversary Edition!)