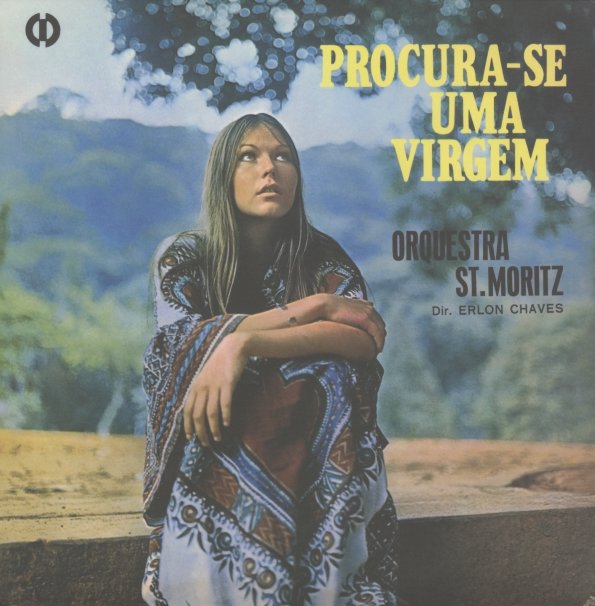 One of the grooviest albums we've ever heard from Erlon Chaves – a Brazilian arranger who got his start in the bossa generation, later did some more traditional music – but here explodes with this great fusion of European and Brazilian soundtrack styles! The record's credited to the Orquesta St Moritz – most likely a studio group with a European name, for good pedigree – but there's a huge amount of sounds here that rival some of the best modes coming from the EMI/Odeon label at the start of the 70s – particularly the mix of samba and bossa elements with larger funky arrangements, then given a more sophisticated twist – as you'd find in the music of Marcos Valle! Most of these tunes are instrumental, and there's some really wonderful organ work on a number of the titles – on tracks that include "Procura Se Uma Virgem", "Grilo", "Uma Velha Bossa", "Ba Oba Oba", "Vamos Nos", "O Anjo E O Diabo", and "Tema De Amor".  © 1996-2023, Dusty Groove, Inc.