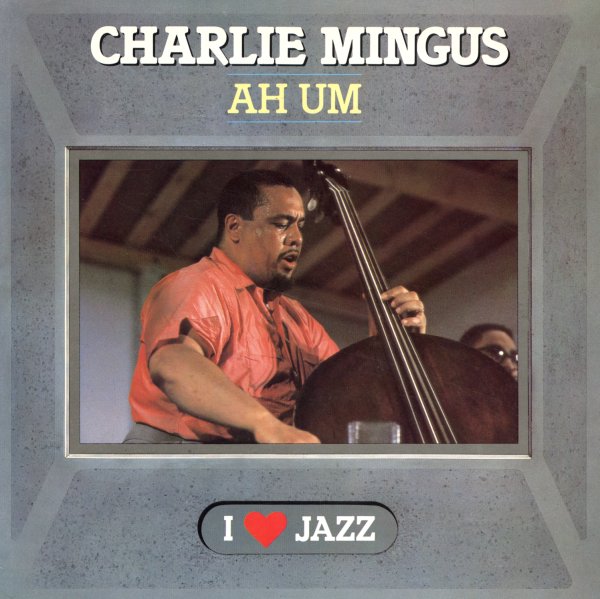 One of Charles Mingus' true classics – and an essential album in any jazz collection! This 1959 gem was recorded by Mingus at a key point in his career – when he was rising from the jazz underground into the ranks of America's elite jazzmen, penning some of the most challenging work of his career, and working with incredible younger players that interpreted his work with a great deal of fire! The tracks are a bit more tightly arranged than work on some of Mingus' previous work for labels like Atlantic and Bethlehem, but that also gives them a razor-sharp emotional edge that's carried off perfectly by players who include John Handy and Shafi Hadi on alto saxes, Booker Ervin on tenor, Willie Dennis and Jimmy Knepper on trombones, Horace Parlan on piano, and Dannie Richmond on drums. The album is filled with key Mingus classics – like "Better Git It In Your Soul", "Boogie Stop Shuffle", "Goodbye Pork Pie Hat", and "Fables of Faubus" – plus "Self Portrait In Three Colors", "Open Letter To Duke", and "Bird Call".  © 1996-2022, Dusty Groove, Inc.
(Early 80s "I Love Jazz" Series pressing.)

Jazz Composers Workshop (French pressing)
BYG (France), 1954. Very Good
LP...$14.99
A classic session of modernist jazz – and some of Mingus most groundbreaking early work! The album was recorded for Savoy with 2 different groups – one's got Mingus leading John LaPorta on alto, Teo Macero on tenor, and Mal Waldron on piano, and the other group's a quartet with Macero, ... LP, Vinyl record album

Mingus In Europe Volume 2
Enja, 1964. Very Good+
LP...$13.99
Great recordings the important 1964 tour of Europe by bassist Charles Mingus – a key musical moment that not only saw some of the last recordings of Eric Dolphy before his departure from this planet, but which also introduced the overseas scene to some key up-and-coming talents who were in ... LP, Vinyl record album

Mingus At Monterey
Jazz Workshop, Mid 60s. Near Mint- 2LP Gatefold
LP...$59.99
A landmark recording from Mingus – and one of his best of the mid 60s! The album was recorded live at the Montery Jazz fest – and it features great work by Jaki Byard, Charles McPherson, John Handy, and Lou Blackburn. Mingus explores his increasing fascination with the work of ... LP, Vinyl record album

Charles Mingus & Friends In Concert
Columbia, 1973. Near Mint- 2LP Gatefold
LP...$14.99 19.99
Mingus live is always a treat – especially in these later years, when the fire seemed to go out of most of his studio recordings. Live, though, he always managed to kick it hard - with the sort of emotion that graced his strong early albums. And despite the fact that this one's conducted by ... LP, Vinyl record album

Two Faces
CBS (Finland), 1977. Sealed
LP...$24.99
A lost later album from the Oiling Boiling combo of drummer Matti Oiling – an artist who's best known for his funky work earlier in the 70s! The set's a bit more straight jazz, but is still quite soulful overall – and the group stand as a nice contrast to some of the more far-out ... LP, Vinyl record album

Heavy Weather
CBS, 1977. Very Good+
LP...$24.99
One of the biggest hits ever for Weather Report – thanks to Joe Zawinul's leadoff track "Birdland" – one of those tunes that entered the canon immediately, and saw countless covers pop up over the years – kind of a rare thing for a jazz tune at this point in time! The ... LP, Vinyl record album

Charlie Parker Memorial Vol 4 (UK version)
CBS (UK), Late 40s. Near Mint-
LP...$9.99 11.99
UK issue of one of the better of the many posthumous albums that Savoy issued after Bird's death. The set combines master takes and alternates of classic Parker material for the label, and includes pivotal bop tracks like "Another Hair-do", "Blue Bird", "Bird Gets The ... LP, Vinyl record album