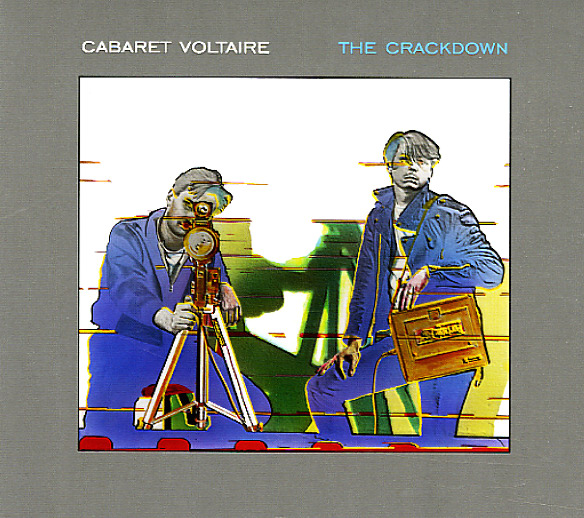 Lots of layers of sound here – that raw electronic style of early Cabaret Voltaire, mixed with an increasing interest both in found sound samples, including some cool spoken bits – and in elements from a growing global soundscape as well! There's some unusual undercurrents to the music that almost reflect the Brian Eno/David Byrne experiments of the time – with elements that are much more exotic than before. And there's also occasional points that get a bit more tuneful – as if Mallinder or Kirk have finally decided they need a bit of vocals to hook folks into the music – although still at a level that's far from the electro pop of some of their contemporaries. Titles include "Over & Over", "Why Kill Time When You Can Kill Yourself", "Haiti", "Crackdownh", "Animation", and "In The Shadows".  © 1996-2022, Dusty Groove, Inc.
(Limited edition silver vinyl pressing – with download!)