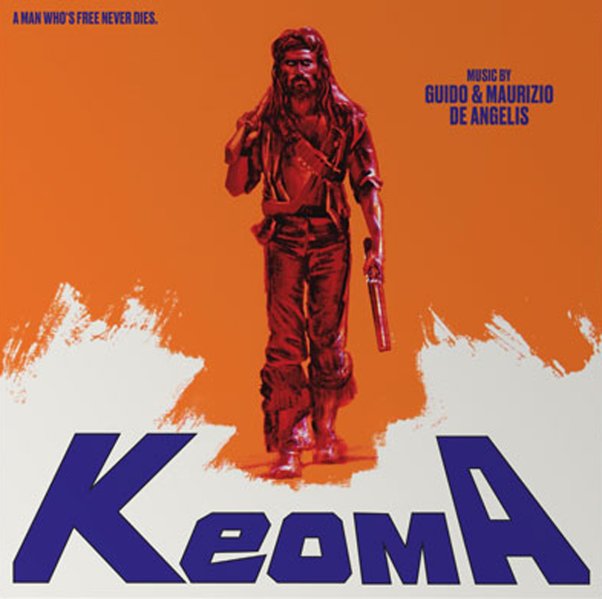 Two very cool soundtracks from the legendary team of Guido & Maurizio DeAngelis – back to back on in a single set! The soundtrack to Keoma is a weird mixture of instrumental tunes that feature piano, guitar, and harmonica, sort of in a spaghetti western mode, but with more of a groovy Italian approach – and played by the wonderful Franco De Gemini – then balanced out by two vocal tunes, one with vocals by male singer Guy, who almost hits a Leonard Cohen style – the other as a duet with female singer Sybil. Il Cacciatore Di Squali follows up the style – featuring a great vocal number by The Sharks, plus some instrumentals with a range of instrumentation, including a bit of smooth electric work that's maybe more fitting for the 1979 date of the film. Titles include "Keoma", "Otra Fiesta", "Nebuige", "In Front Of My Desperation", "Dusty Banjo", and "Waiting For".  © 1996-2022, Dusty Groove, Inc.
(Limited edition of 500!)