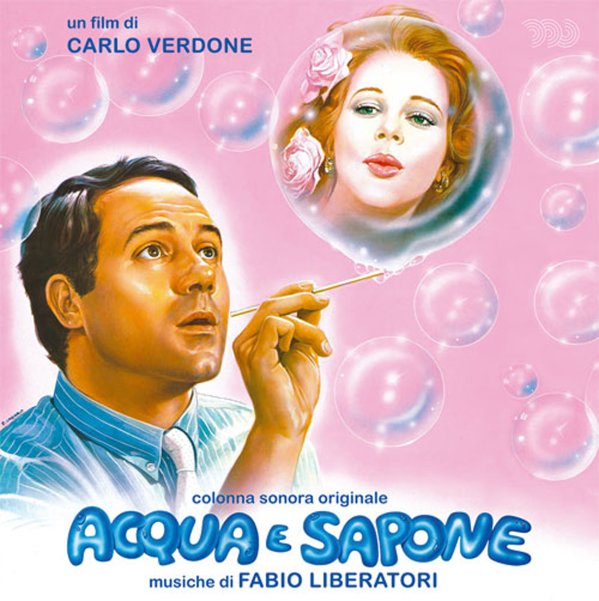 Also available
Fabio Libertori — Acqua E Sapone (180 gram pink & white vinyl pressing – with bonus tracks) ... LP 29.99
An unusual score for an unusual Italian film of the 80s – one that presents outwardly as a bit of a comedy, but which has some darker moments too – all of which come through very nicely in the music by Fabio Libertori! Fabio's definitely in the spirit of the decade with his instrumentation – there's a lot of keyboards and drum machine parts on the record – borrowed from American electro soul, and stripped down a lot more – then balanced with warmer passages that still use electric instrumentation, but with some deeper soundtrack elements. The core theme's almost got some breakdance appeal – the kind of lean cut that was always popular as beats on the street – but the other passages make for a surprisingly complicated soundtrack overall – on titles that include "Tema Di Sandy", "Fuga Di Sandy", "Acqua E Sapone", "Tema Di Enzo", "Primo Servizio Fotografico", and "La Tintoria/Il Vestito". Includes the bonus tracks "La Festa", "Tema Di Sandy (alt)", "C'E", and "La Sfilata Di Sandy (alt)".  © 1996-2022, Dusty Groove, Inc.