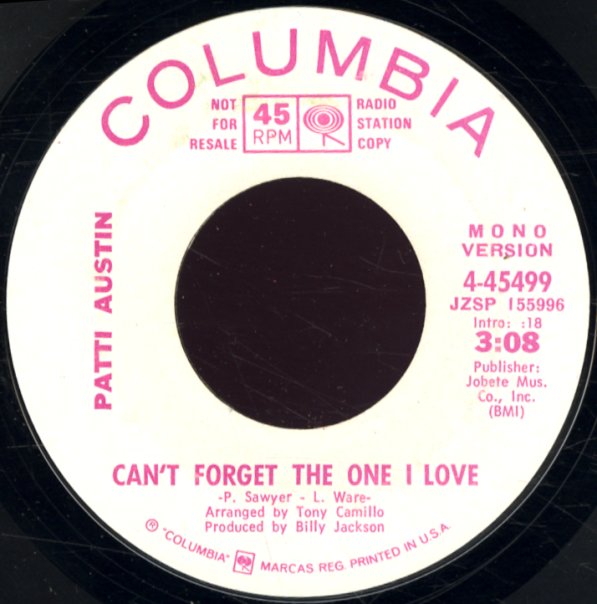 Can't Forget The One I Love (mono, stereo)

(Stereo label has some pen.)