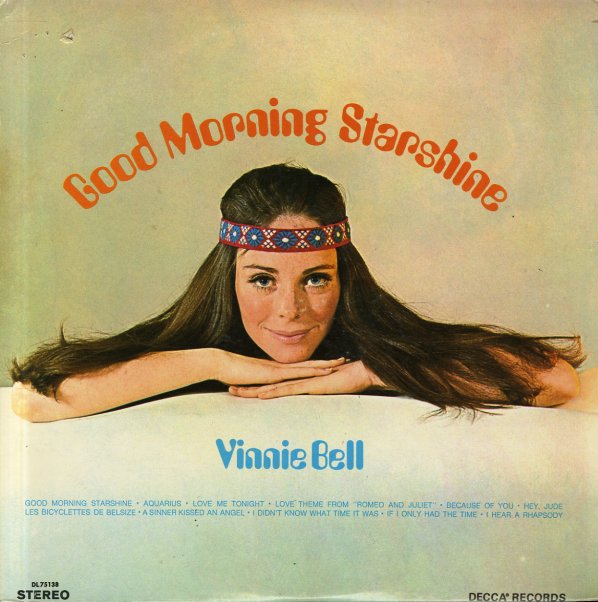 Groovy studio electric guitar tracks with orchestra, played by the master, Vinnie Bell. Vinnie plays a number of groovy pop cuts from the late 60's, like "If We Only Had Time", "Aquarius", "Good Morning Starshine", "Les Bicyclettes De Belsize", and "Hey Jude", with a nice easy groovy feel. Some of the other cuts are standards, but they're given the Bell twist, with a late 60's pop feel to them.  © 1996-2021, Dusty Groove, Inc.
(Cover has light wear and a cutout notch.)