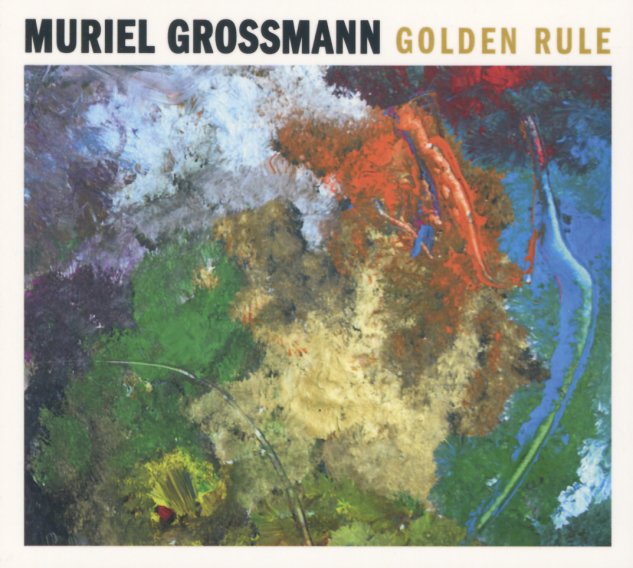 Searing work from saxophonist Muriel Grossmann – a player who clearly draws a lot of inspiration from late 60s John Coltrane – but who also turns out a record here that's completely her own! The tracks are long, modal, and very spiritual – and the group has an unusual balance between Grossmann's tenor and soprano, and the guitar of Radomir Milojkovic – whose edgey tones here almost remind us of some of the trippier 60s sounds from Gabor Szabo! The group also features pulsing rhythms from Gina Schwarz on bass and Urus Stamenkovic on drums – a duo who really push things forward, and keep the soulful spirit of the music intact – but it's clearly Grossmann who's the lead star here, as she really blows us away with her work on both tenor and soprano! This is deep stuff – not an easy nod to the spiritual scene, but a much richer record – extremely well-conceived and executed. Titles include "Golden Rule", "Core", "Traneing In", "Trane", "Light", and "Direction".  © 1996-2022, Dusty Groove, Inc.
(Still sealed.)

Black Sabbath
Warner, 1970. Used
CD...$6.99 (LP...$29.99)
Huge, dark, and heavy – an album of mythical proportions, and that's a lot to say for a mainstream album – especially one that crossed over as big as this one! It would be hard to imagine the modern rock landscape without this album or group, who provided the template for so much music ... CD

Journey To The Amazon
Teldec, 2009. Used
CD...$4.99
Sharon Isbin on guitar – with Paul Winter on saxophone and Thiago de Mello on percussion. CD

Janka
GAD (Poland), 1989. Used
CD...$8.99
Some of the warmest work we've ever heard from Polish film composer Andrzej Korzynski – definitely different than his quirkier sounds from early in the decade, and done for a TV show that was set in the Polish countryside in the 30s! There's bits of electronic elements mixed in with fuller ... CD

Toquinho e Vinicius
RGE/Bomba (Japan), 1971. Used
CD...$14.99
Toquinho and Vinicius De Moraes keep the bossa flame alive long into the 70s – crafting a perfectly dreamy set of tunes together on this early LP, working in a mode that's similar to that which Jobim used with Vinicius, but also with some of the more intellectual touches of some of Baden ... CD