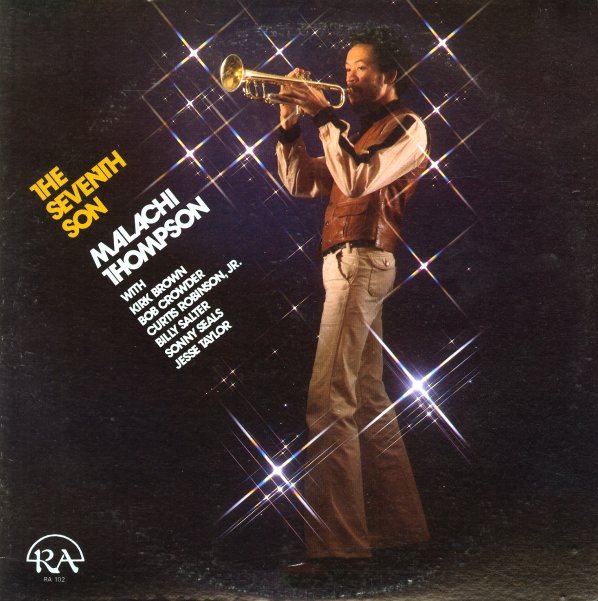 The first album from Chicago trumpeter Malachi Thomspon – and the hippest, too! The set was recorded in 1974 – much earlier than anything we've seen from Malachi on record – and it's got a vibe that would be right at home in the Strata East universe – especially in the way the rhythms come together with some really unusual instrumental phrasings! Thompson's trumpet is joined by Sonny Seals on tenor, Kirk Brown and Harold Barney on electric piano, John Thomas on guitar, and Aaron Dodd on tuba on two tracks – sounding pretty darn cool by using his instrument almost like a bass. Penny Jeffries sings on the cut "The Quest" – and other instrumental numbers include "Two Nights In Malakal", "Street Dance", "West Side Stomp", and "Kirk's Tune".  © 1996-2023, Dusty Groove, Inc.

Umakhulu
Afrosynth (Netherlands), 2022. New Copy 2LP (reissue)
LP...$28.99 29.99
Drummer Ayanda Sikade is a hell of a force on the contemporary jazz scene in South Africa – and here, he steps out with a voice that's all his own – drawing a bit on the older legacy of his nation's jazz, while also bringing in some of the more spiritual currents of the global ... LP, Vinyl record album