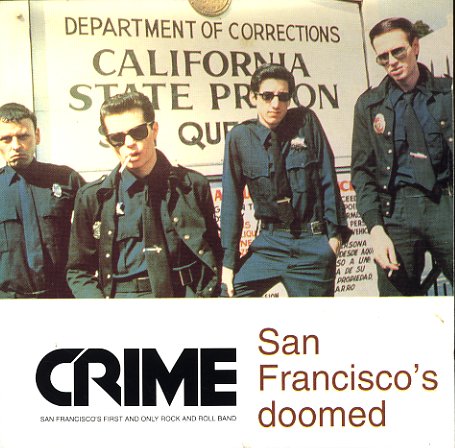 A sonic juggernaut from Crime – and a set that marks a much-needed addition to their too-few records from the late 70s! Crime were slightly slept-on at the time, but have gone on to get the dues they greatly deserve – a razor-sharp band whose sound is as striking as their use of police uniforms as costumes – a musical quality that's sometimes more Stooges than punk, and we mean that in the best way possible – as these guys are equally off in a space of their own, yet still have managed to influence so many others on so many scenes. The set features rare material from studio session and rehearsal tapes – and titles include "Dillinger's Brain", "Flipout", "Monkey On Your Back", "Yakuza", "Emergency Music Ward", "I Knew This Nurse", "Crime Wave", "Murder By Guitar", and "Piss On Your Dog".  © 1996-2022, Dusty Groove, Inc.

Not About To Die – Studio Demos 1977/1978
Pink Flag, Late 70s. New Copy
LP...$31.99 33.99
Rare studio demos from Wire – recorded at a time when the group were at their early, legendary best – and featuring alternate takes of tracks that formed the building blocks for two key albums on EMI/Harvest! Reportedly, the group took back a bootleg of the material for the release ... LP, Vinyl record album