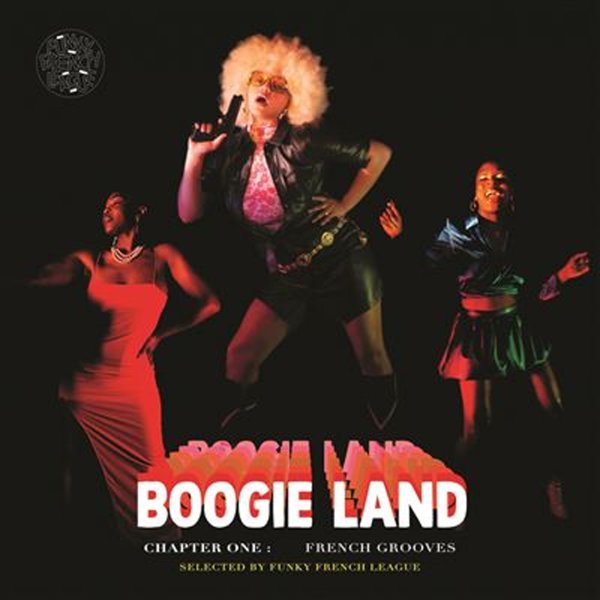 Also available
Various — Boogieland Chapter 1 – French Grooves ... CD 14.99
A very cool look at a lost legacy in French music – disco and club grooves from the late 70s and early 80s, most of which never got any play at all on our side of the Atlantic! The tracks here mostly go way beyond the obvious choices of Cerrone and Kongas, and often have a playful approach to the music that has French vocals stepping out with catchy, groovy, and sometimes sexy lyrics – all set to rhythms that shift up nicely, and also move past some of the more standard Euro disco modes that were usually the main export of the period! There's not too much in the way of history in the notes – and we'd love to read more – but the song choices are great, very fresh – and include "Palace Hotel (ext)" by Preface, "Quand Tu Danses" by Micky Milan, "Chante Avec Moi" by Herbert Leonard, "Je Ne Veux Pas Rentrer Chez Moi Seule (single version)" by Agathe & Regrets, "Do You Speak French" by Night School, "Homosexualis Discothecus" by Raymond Alessandrini & Jean Yanne, "Visa Pour Aimer (ext)" by Plaisir, "Get Funk" by Black White & Co, and "Wake Up & Move Funk" by Eddy Rosemond.  © 1996-2023, Dusty Groove, Inc.

Daniel Vangarde – The Vaults of Zagora Records Mastermind 1971 to 1984
Because/Universal (France), 1970s/Early 80s. New Copy 2LP
LP...$26.99 29.99 (CD...$13.99)
Really cool cuts from the French club scene of the 70s – a weird and wonderful assortment of sounds that all came from producer Daniel Vangarde and his Zagora Record label – a place where all sorts of criss-crossing styles could work together in a really wonderful way! Some moments ... LP, Vinyl record album