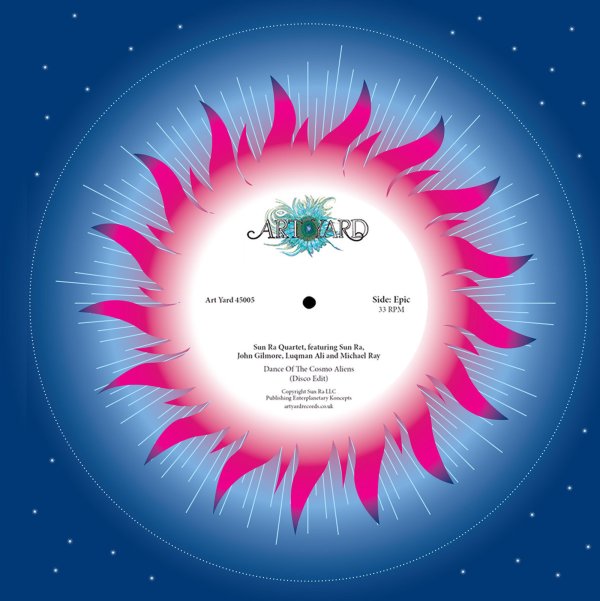 Two great tracks here from Sun Ra – both presented in shorter edits that focus on the groovier side of the music! First up is "Dance Of The Cosmo Aliens" – a track that begins with fast percussion that skitters along nicely – while very cool, moody keyboards pepper the rhythms – then get even stronger in the mix and create all sorts of eerie, cosmic sounds! "Door Of The Cosmos" is almost funky at points, but looser overall – wild guitar dipping up and down the scale, while the Arkestra punctuate the track with horns, then build up and dominate the guitar and keyboards as things move on!  © 1996-2022, Dusty Groove, Inc.
(Plays at 33rpm – pink vinyl pressing!)

No Money No Honey/Mr LSD
Past Due, Early 80s/2021. New Copy (pic cover)
7-inch...$15.99 16.99
Two great tracks from this legendary group – both with a vibe that works perfectly together! "No Money No Honey" is a cut conceived many years back by band leader Larry Akles – finally recorded in 2021, but with a snapping blend of beats and basslines that has a classic ... 7-inch, Vinyl record

Telecinesi (full, drums)
Four Flies (Italy), Early 70s. New Copy (pic cover)
7-inch...$18.99 23.99
A massive drum break track – presented here in two different versions! The full take on "Telecinesi" has spooky electronics at the start, before the drums come in and make things all hard and funky – as more electronics and keyboards move all over the top, as if the Phantom ... 7-inch, Vinyl record