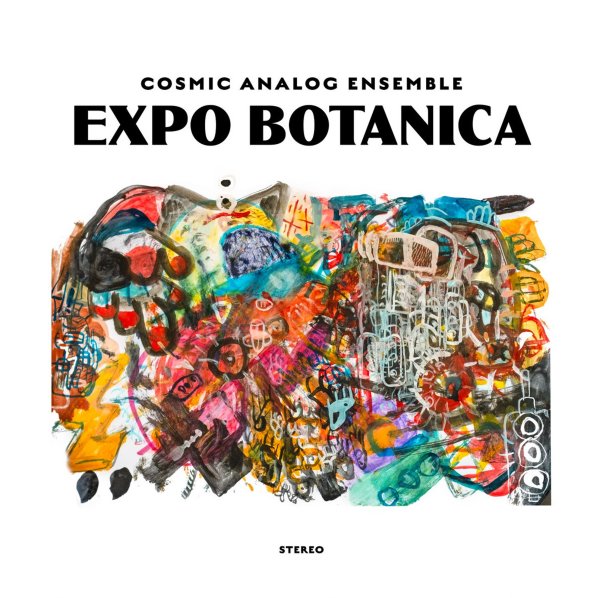 Jazzy instrumentals from Cosmic Analog Ensemble – aka Charif Megarbane – tunes that use plenty of keyboards and playful rhythms – all at a level that maybe feels like some electric sound library material from the Italian scene of the 70s – or even a bit like the Testcard EP by Young Marble Giants! Megarbane definitely has a great ear for electric sounds – almost in the territory of Piero Umiliani – and he works here on Moog, Farfisa, Mellotron, and a range of other keyboards – used in ways that are spacey, but tuneful too – and set to lean rhythms that keep things moving along in a lightly lilting way! Titles include "Parachute Jellyfish", "Ohms & Watts", "Version Des Faits", "La Grande Bellezza", "Le Cinema Interieur", "The Age Of Interrobang", and "Unlearning To Swim".  © 1996-2022, Dusty Groove, Inc.