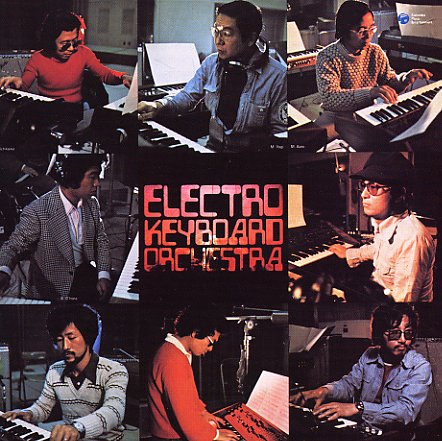 Electric keyboards galore – and a sweet 70s album from Japan! The set features a large group of Japanese keyboard players – all playing Korg synthesizers, in styles that range from laidback and mellow to upbeat and funky! The group's got core backing by a tight rhythm combo – electric guitar, bass, and drums setting up the pace on some of the most driving numbers – but overall, most of the sound is from the electric keys – making for a really groovy little record that's got lots of cool 70s soundtrack touches, and plenty of tracks that sound like they were lifted off of American cop or crime scores of the time! Titles include "The Fire Dance", "Mother Of The Future", "Mayflower", "Ironsides", "Heated Point", "Soaring Seagull", and "The African Dawn". Great break on "The Heated Point" too!  © 1996-2022, Dusty Groove, Inc.
(Great Japanese pressing – heavy cover, great vinyl, and obi!)