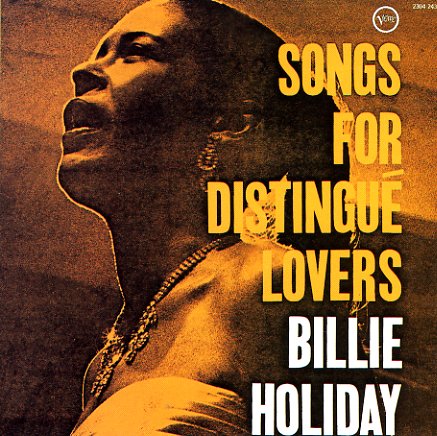 Classic Verve work by Billie Holiday – and an album that probably brought the word "distingue" into the vocabulary of more people than any other use! (And in fact, probably also caused a lot more trouble with mispronunciation than any other Billie Holiday album title!) The tracks are slightly longer than usual – really opened up with some nice jazz inflections that make the whole thing feel like Billie is really part of the proceedings, and not just the singer in the front. Titles include familiar songs like "Day In Day Out", "Stars Fell On Alabama", "A Foggy Day", and "Just One Of Those Things" – all given the amazing Holiday take, in a way that opens them up with more emotion than you might have thought possible!  © 1996-2022, Dusty Groove, Inc.
(Out of print, 2016 SHM-CD pressing – includes obi!)