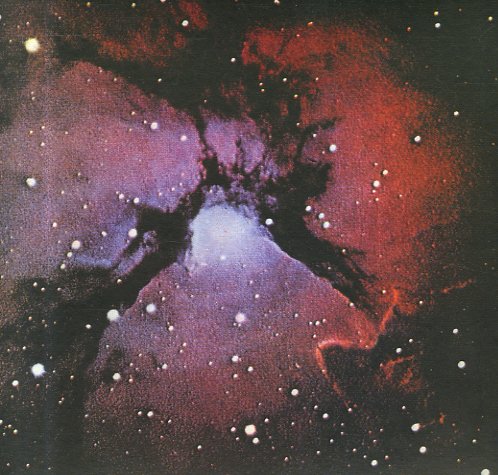 One of our favorites by King Crimson – and a record with a lot more jazz than some of their others! Players include Mel Collins on lots of flutes and saxes – plus guests Keith Tippett on piano, Mark Charig on cornet, and Harry Miller on bass! 40th Anniversary Edition includes 6 CD bonus tracks, plus hi-res DVD-audio stereo and surround mixes.  © 1996-2023, Dusty Groove, Inc.

In The Wake Of Poseidon (30th Anniversary edition)
EG/Discipline Global Mobile, 1970. Used
CD...$9.99 (LP...$39.99)
A wonderful second record from King Crimson – a set that follows in the same territory as the debut – with Greg Lake on vocals and Robert Fripp on guitar and devices – alongside Michael Giles on drums and Peter Giles on bass. There's some great jazzy touches at times – ... CD

Manifesto
EG/Virgin (UK), 1979. Used
CD...$4.99
A brilliant little comeback album for Roxy Music – their first album in 4 years after Siren, and a well-done departure that takes off from older records without losing any of their greatness! In a way, the set's almost the group's Lodger – a similar effort to Bowie's record from the ... CD