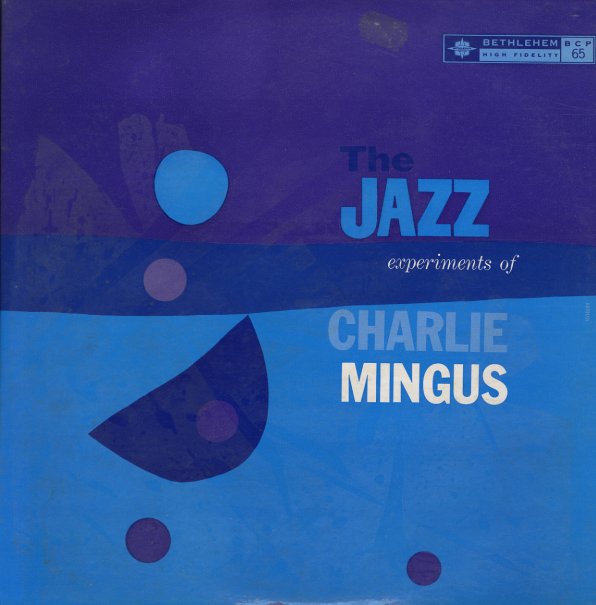 A pivotal album in the career of Charles Mingus – one that really has him honing his sound, and reaching for that trademark mix of modernism and raw emotion that set a whole generation on fire! The album's a lot more freewheeling than other Mingus material from the time – although still a bit more compact than the Atlantic or Columbia sides – and the group's staffed with key early interpreters of Charles' vision – including John LaPorta on alto, Teo Macero on tenor and baritone, Thad Jones on trumpet, Clem DeRosa on drums, and Jackson Wiley on cello – an instrument that really helps shade in some of the darker corners of the tunes. Titles include great early originals like "Four Hands", "Minor Intrusion", "Thrice Upon A Theme", and "The Spur Of The Moment" – plus his great take on "Stormy Weather", which is a bit stormier than most!  © 1996-2022, Dusty Groove, Inc.
(80s pressing on Cayre. Cover has light wear.)

Something Like A Bird
Atlantic, 1978. Near Mint-
LP...$14.99 19.99
One of the last albums Charles Mingus ever gave us – before departing this planet way way too soon! The set shows the increasing sophistication of Mingus' music in these later years – a mode that almost echoes the path that Duke Ellington would take in his final decade – a move ... LP, Vinyl record album

Me Myself An Eye
Atlantic, 1979. Near Mint-
LP...$11.99
Complicated later work from Charles Mingus – a great illustration of the way his power to command a large ensemble never wavered as the years went on! The album features two different large groups of players – filled with modernists young and old – including Ricky Ford, George ... LP, Vinyl record album

Charlie Mingus (aka Jazz Experiments Of Charles Mingus)(Everest)
Everest, Early 50s. Near Mint-
LP...$14.99
Bethlehem material that Mingus recorded earlier in the 50s with his pivotal group that included the great John La Porta on alto and clarinet, plus Teo Macero on tenor, Thad Jones on trumpet, and Clem DeRosa on drums. The tracks show Mingus' early experiments with modernist arrangements – and ... LP, Vinyl record album

Bethlehem Years (aka Daddy Plays The Horn)
Bethlehem, 1955. Near Mint-
LP...$9.99
One of Dexter Gordon's proudest moments of the 50s – a rock-solid session for Bethlehem – easily one of the best-remembered hardbop sides from the label's California years! The album's got a relaxed, free-blown sound that's quite nice – with Dex in the lead on tenor, supported by ... LP, Vinyl record album

Swinging Introduction To Jimmy Knepper
Bethlehem, 1957. Near Mint-
LP...$23.99
Great work from one of the most compelling trombonists of the 50s! Jimmy Knepper is probably best known for his excellent work on some of Charles Mingus' best records – but this set from 1957 shows that Knepper was also an extremely capable (if under-recorded) leader in his own right! The ... LP, Vinyl record album

Thinking Man's Music (aka Ralph Sharon Trio)
Bethlehem, 1956. Near Mint-
LP...$24.99
One of the few albums as a leader cut by pianist Ralph Sharon – a player who's best known for his years supporting singer Tony Bennett, but who sounds really wonderful here in an instrumental setting too! Sharon's got a way of coming up both with a punch and a fluid sort of groove – ... LP, Vinyl record album

Down Home
Bethlehem, 1960. Near Mint-
LP...$34.99
A really great little set from Zoot Sims – earthy, and almost a bit more fragile than much of his other work! There's a real "down home" feel to the whole record – as Zoot blows comfortably and easily in a quartet with Dave McKenna on piano, George Tucker on bass, and Dannie ... LP, Vinyl record album