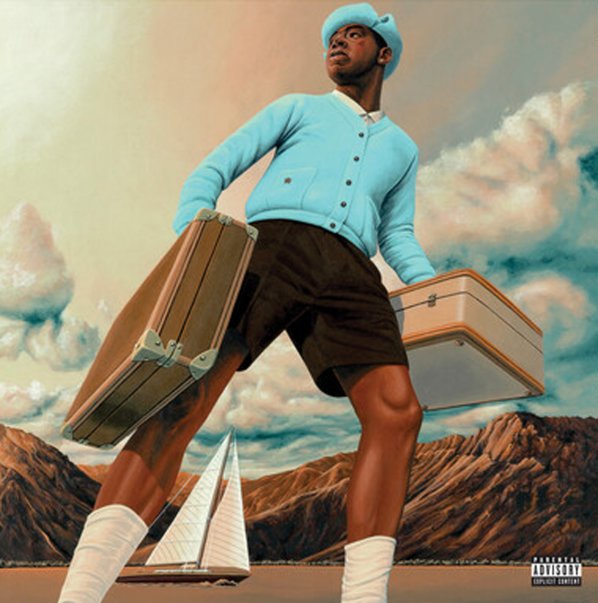 Call Me If You Get Lost (with bonus track & poster)

Grammy-winning work from Tyler The Creator – a record that's got a darker, moodier vibe than some of his previous work – very much the journey in sound that you might guess from the title – complete with narration from DJ Drama that does a great job of holding the whole thing together! Along the way, Tyler runs into Pharrell Williams, Lil Wayne, Ty Dolla Sign, and a number of other guests – amidst titles that include "Lumberjack", "WusYaName", "Corso", "Hot Wind Blows", "RunItUp", "Manifesto", "Sweet/I Thought You Wanted To Dance", "Lemonhead", "Juggernaut", "Safari", and "Wilshire".  © 1996-2022, Dusty Groove, Inc.
(Includes a vinyl only bonus track and a 12X12 poster!)

Jazz Codes
Anti, 2022. New Copy
LP...$21.99 23.99
Moor Mother's an artist who just keeps on getting more and more interesting with each new release – definitely in a genre that's completely her own – one that lives up to the spirit of west coast underground pioneers in recent decades – and, as with those artists, seemingly finds ... LP, Vinyl record album