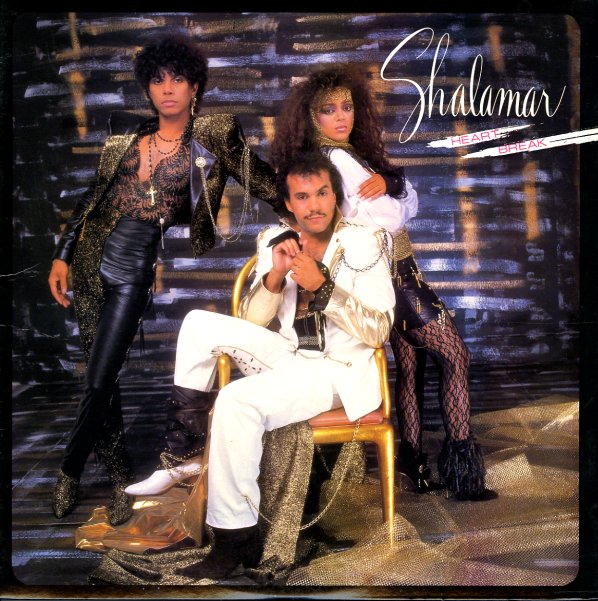 Very catchy work from Shalamar – a trio who were one of the most hit-oriented acts in the Solar Records stable – but who really hit their crossover heights on this mid 80s set! The group draw heavily on rock and pop modes for the beats and basslines of the set – making that sort of shift that Deniece Williams and some other contemporaries were hitting at the time – maybe inspired a bit by the success of Thriller, or just following their own muse in search of a way to update their sound! Titles include "Amnesia", "Dancing In The Sheets", "Don't Get Stopped In Beverly Hills", "Melody (An Erotic Affair)", "My Girl Loves Me", "Deceiver", and "Whenever You Need Me". CD features bonus tracks – "Dancing In The Streets (12" Jellybean rmx)", "Don't Get Stopped In Beverly Hills (12" special mix)", "My Girl Loves Me (12" ext rmx)", "Amnesia (12" edit)", and "Dancing In The Sheets (inst)".  © 1996-2022, Dusty Groove, Inc.
(Includes obi.)

Second Adventure
Solar/Unidisc (Canada), 1981. Used
CD...$6.99
A great second adventure from Dynasty – the kind of set that shows why the group went on to become one of the strongest things going in the second chapter of the Solar Records soul empire from LA! The album begins with a rock-solid punch, then continues strongly throughout – basslines, ... CD

Think About It Baby
Malaco/Ultra Vybe (Japan), 1987. Used
CD...$6.99
Maybe the only full length set we've ever seen from Margaret Reynolds – a singer we know for deep soul work in the 70s, but who's coming across here with a bit more of a contemporary R&B vibe! The approach is filled with some strong 80s touches in the rhythms, which work especially well ... CD

Johnny B Goode – His Complete 50s Chess Recordings (4CD set)
Chess/Hip-O Select, Mid/Late 50s. Used
CD...$74.99
Chuck Berry at Chess – as monumental as anything recorded by anyone in the 1950s with an importance that can't be overstated – but even if you put the historical relevance and cultural cache aside, you're still left with some of the most exhilarating blasts of high octane rock, blues ... CD