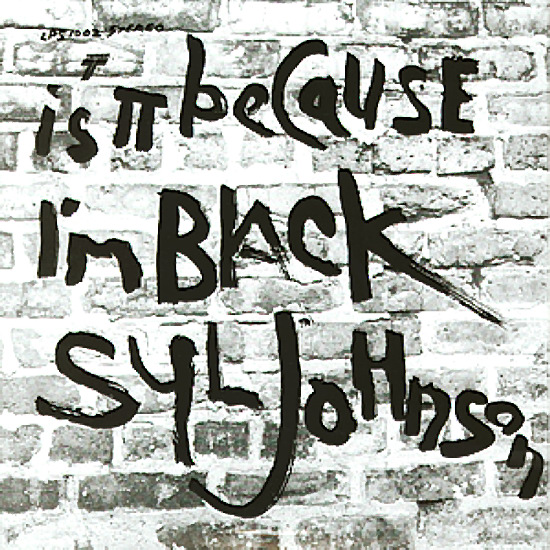 Is it Because I'm Black (grey & black swirl vinyl pressing)

One of the best-ever soul albums to come out of Chicago – and it may well be one of the best soul albums ever! The set's the deepest that Syl Johnson ever recorded – and it takes all the hard, raw soul he forged on previous funky 45s – and spins it out in longer album format – with some wicked backings that more than keep up the funk from before, but which also help Johnson deepen the message of his tunes! The political vibe of the album comes through right away in the striking cover and title – and the title track is a 7 and a half minute gem – one of the boldest songs ever about disempowerment. Backings are by Jimmy Jones & The Pieces Of Peace – who really keep the sound deep throughout – and in addition to the classic title track "Is It Because I'm Black", other tunes include "Right On", "Together Forever", "Concrete Reservation", "Walk A Mile In My Shoes", "Black Balloons", and "I'm Talkin About Freedom".  © 1996-2022, Dusty Groove, Inc.