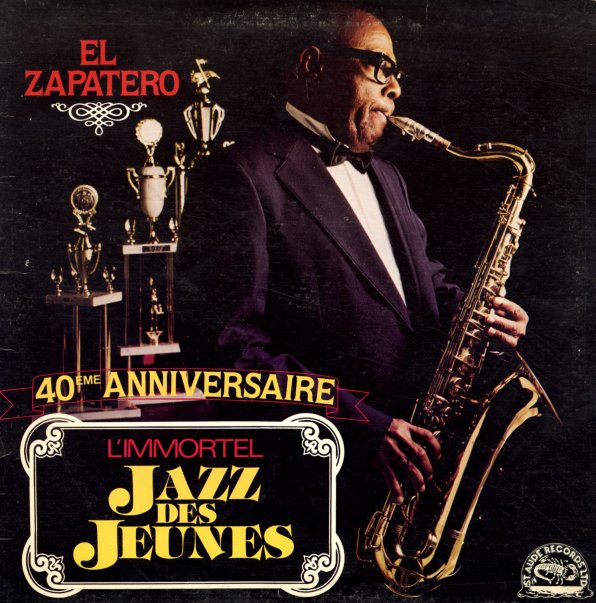 A nice mix of jazz and tropical rhythms – served up with tenor work from El Zapatero!  © 1996-2022, Dusty Groove, Inc.
(Vinyl has a short click in one spot, but is nice and clean overall.)

Stratavarious
Atco, 1972. Near Mint-
LP...$39.99
Forget what you think about Ginger Baker, this one's really more of a Fela album – as it was recorded in London during the time when Fela and Ginger Baker were hanging out together! The tracks are long, with a tight funky sound, and lots of cool keyboards by Fela (who also sings and plays ... LP, Vinyl record album

Relaxing After Hours With Willie Smith & His Friends (10 inch LP)
EmArcy, Mid 40s. Very Good
LP...$9.99
One of the few full albums issued under the name of alto saxophonist Willie Smith – easily one of our favorite players on the alto of his generation! Willie's got a warmly raspy tone that rarely gets presented this well – in an easygoing, laidback setting with plenty of space – ... LP, Vinyl record album