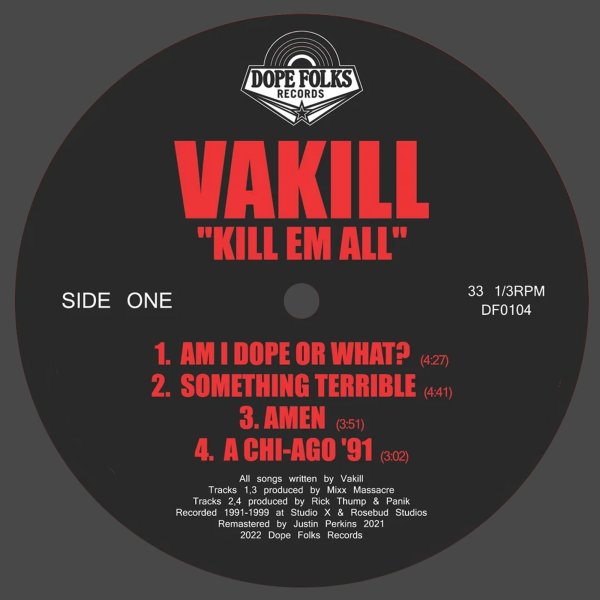 A crucial full-length set from underground Chicago MC Vakill – an artist who was popping up on obscure 12" singles and cassette-only releases in the 90s – really given a chance to shine here with superb Molemen production! The record's got that great Chitown underground vibe of the time – really creative use of samples next to straightforward lyrics – just the right amount of sophistication to set things apart from the charts, but without any too-bedroom modes either! Tracks include "Am I Dope Or What", "Something Terrible", "Amen", "A Chi-Ago 91", "Check Me Out 91", "My Heaven Your Hell", "Who's Afraid", and "Amen (rmx)".  © 1996-2022, Dusty Groove, Inc.
(Limited to 300 copies!)