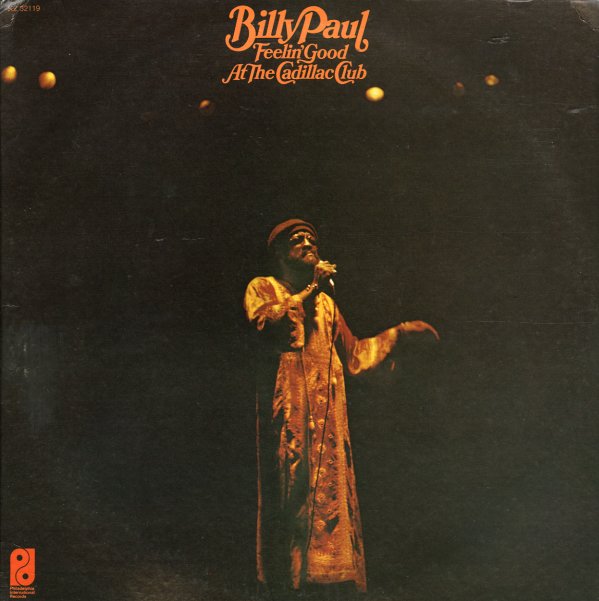 An excellent early album from Billy Paul – done in a mode that's quite different than his bigger hits of the 70s! The record's almost more of a jazz outing, but with a definite soulful twist – done in this righteous mode that's not unlike some of the best Nina Simone material from the same time – in a way that really shows some of the deeper strains in Billy's style. Billy's singing with a small piano trio, and his voice is rich and soulful in a way that you don't always get on his later recordings – quite powerful even with limited backings, at a level that really blows us away. The set's nearly all covers, but Billy's interpretations are fantastic, and he turns the tracks into something completely different than you're used to – in the same way that Nina Simone and Isaac Hayes were doing at the time with contemporary hits. Tracks include "Bluesette", "That's Life", "Feelin' Good", "Just In Time", and the Kenny Gamble original, "Missing You".  © 1996-2021, Dusty Groove, Inc.
(2nd pressing on Philly Int'l – in nice shape!)

When You Hear Lou, You've Heard It All
Philadelphia International, 1977. Very Good+
LP...$3.99
The move to Philly International did wonders for Lou's career – and there's no denying that the smooth soul sound of Gamble and Huff worked perfectly with his rich vocal style! The "classy" setting took Lou to a whole new level, while also providing a good force for his still-soulfu ... LP, Vinyl record album

Unmistakably Lou
Philadelphia International, 1977. Very Good+
LP...$5.99
One of the greatest records ever by Lou Rawls – if only for one cut! That's the amazing "See You When I Get There", which starts with a Fender Rhodes riff over a hard thumping beat – while Lou does this little monologue about calling his woman at home. Then strings sweep in, ... LP, Vinyl record album