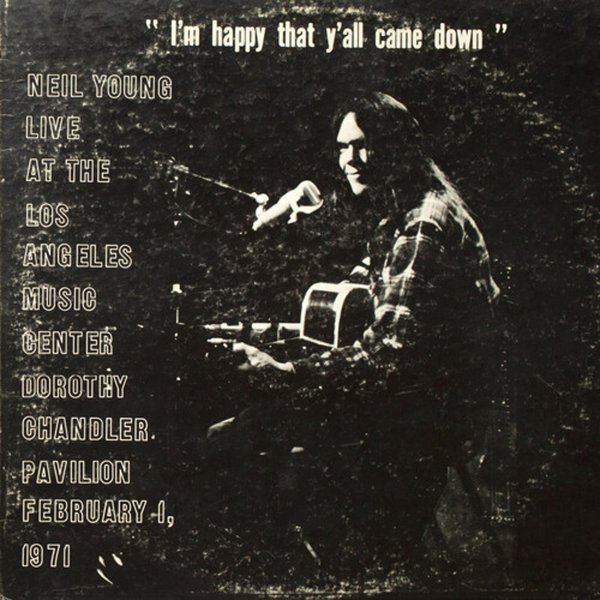 An excellent recording from the Neil Young archives – solo and acoustic at LA's Dorothy Chandler Pavilion from February 1971 – focused, forthright and in near perfect voice!. Neil alternates between guitar and piano on this one, with some harmonica, and with clear forethought in getting these great songs over in a big sounding way despite being all alone on stage. Includes "On The Way Home", "Tell Me Why", "Old Man", "Love In Mind", "I Am A Child", "The Needle And The Damage Done", "See The Sky About To Rain", "Journey Through The Past", "Down By The River and more. Includes "On The Way Home", "Tell Me Why", "Old Man", Cowgirl In The Sand", "Sugar Mountain", "Ohio", "Don't Let It Bring You Down", "Sugar Mountain", "I Am A Child", "A Main Needs A Maid", "Heart Of Hold", "Dance Dance Dance" and more.  © 1996-2023, Dusty Groove, Inc.