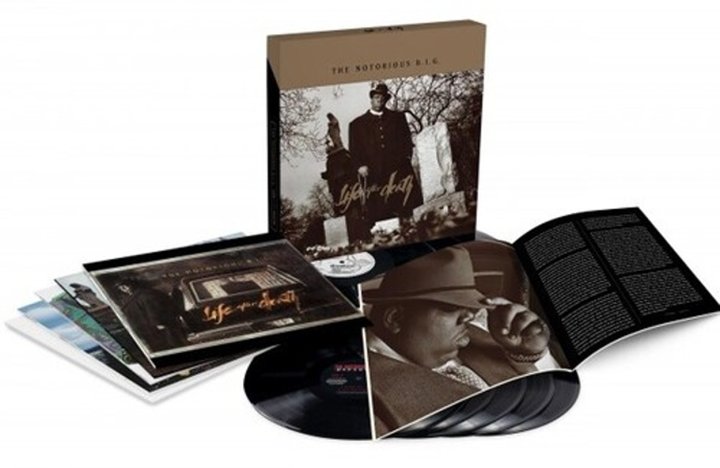 The second album from Biggie, and a set that was instantly poised to catapult him to superstardom – even before his tragic death ended up doing that before the release of the record! And yes, the title's a bit cryptic – and given the fact that the material came out after BIG was shot, it might seem like a cash-in collection of left-behind tracks – yet it's not that at all. The long path to the album's creation represents a step forward to almost build a bridge between underground hip hop and mainstream soul – maybe in a way that would have calmed some of the coastal beefs that were taking place at the time – as the late, great one works here with an array of guests from both the worlds of hip hop and R&B – 112, Jay-Z, R Kelly, Puff Daddy, Lil Kim, Too Short, and others – in a classic set of tracks that includes "Hypnotize", "Kick In the Door", "Mo Money Mo Problems", "Notorious Thugs", "Going Back To Cali", "Sky's The Limit", "Miss U", "Ten Crack Commandments", 'What's Beef", and "Nasty Boy". PLUS, this massive 8LP version is overflowing with other material – the original 1997 album on 3LPs, plus all the 12" single and other mixes of "Hypnotize", "Mo Money Mo Problems", "Sky's The Limit", and "Nasty Boy".  © 1996-2022, Dusty Groove, Inc.
(A big box – with individual cover art, and a big book of notes!)

Grand Puba 2000
Elektra/Tommy Boy, 1995. New Copy (reissue)
LP...$20.99 27.99
The mid 90s solo set from Grand Puba – the still solid Grand Puba 2000! GP 2K is a more mellow and easygoing set of funky hip hop than the work that Puba did with Brand Nubian – a bit lighter on the politics, although Puba's verses with that group never had that much politics in the ... LP, Vinyl record album

Prince Among Thieves (yellow splatter vinyl pressing)
Tommy Boy, 1999. New Copy 2LP (reissue)
LP...$38.99 43.99
A hip hop masterpiece from Prince Paul – his second album as a solo act, but one that builds on years of top-shelf experience in the east coast scene – including his roots with Stetsasonic and production of De La Soul! The record came up at a time when there seemed to be a new sense of ... LP, Vinyl record album

Awaken My Love (with download)
Glassnote, 2017. New Copy
LP...$25.99 27.99
Childish Gambino once again transcends anything you might be expecting from an actor/musician – this is not some vain star trip at all, but a worthy, boundary-busting effort – and a pretty sizable step away from idiosyncratic, yet accessible hip hop into spacey pop funk! Strong stuff, ... LP, Vinyl record album