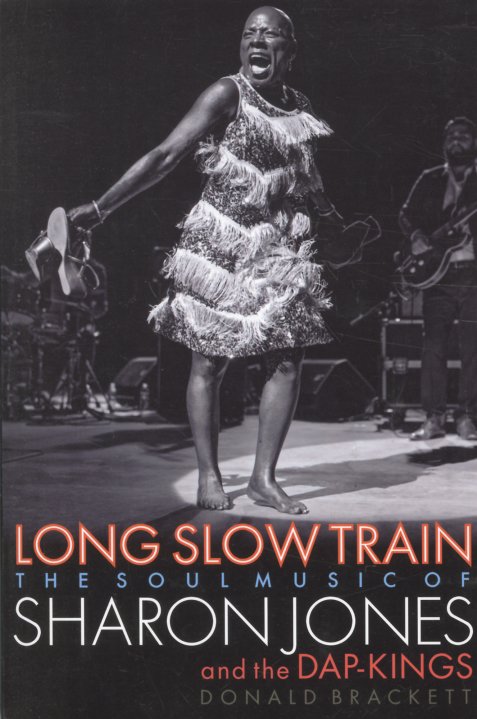 The late Sharon Jones has easily been one of the most important voices in soul music of the past few decades – a great talent who left us all too soon, and who had to work very hard to reach the sort of fame she really deserved! Jones was always a very old school sort of soul singer – especially during the 90s moment when she finally got a chance to record – and her story is also a very old school one of struggle and challenge – then one of personal triumph, only to face later challenge again in the form of the cancer that finally took her life. The full story of Jones, the Dap-Kings, and the Daptone label are all recounted here – in a well-penned book that also includes a record-by-record set of details at the end, and a brief section of images in the middle. Softcover, 230 pages.  © 1996-2022, Dusty Groove, Inc.