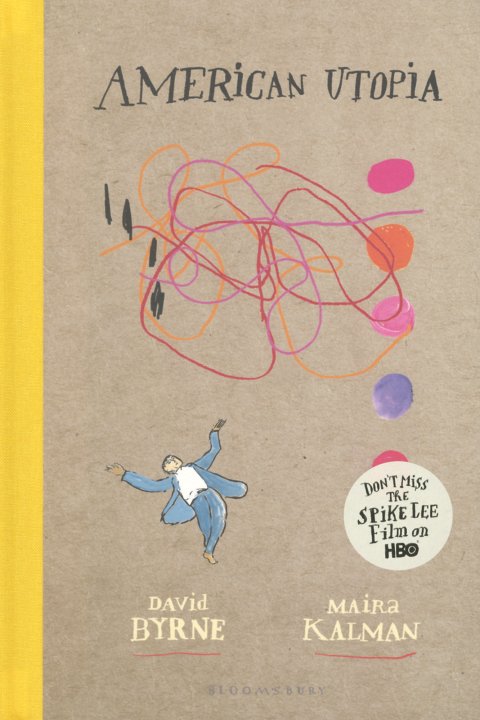 Many years back, we always thought that David Byrne should have written a children's book – a volume to convey the best themes of some of the Talking Heads tunes to a younger, impressionable generation. And while that never actually happened, this beautiful edition of work released in conjunction with the American Utopia stage performance may be the next best thing – all sorts of lovely little illustrations from Maira Kalman, interspersed with text from Byrne from the performance – brought together in a volume that's as much a pleasure to flip through as the larger performance on stage. This isn't an attempt to capture the show in a book – but instead kind of a sidebar, almost a distillation of the ideas taken into a cool new format – served up in a hardcover volume, with full color illustrations throughout!  © 1996-2022, Dusty Groove, Inc.
(Spine has a small remainder mark.)