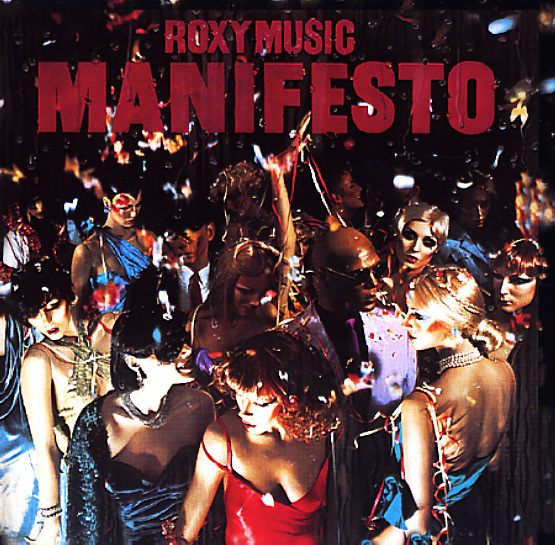 Also available
Roxy Music — Manifesto ... CD 4.99
Roxy Music — Manifesto ... LP 9.99
A brilliant little comeback album for Roxy Music – their first album in 4 years after Siren, and a well-done departure that takes off from older records without losing any of their greatness! In a way, the set's almost the group's Lodger – a similar effort to Bowie's record from the same time that reflects a move away from heavier styles of earlier years, but never loses the edge of the group's best work. Manifesto also reflects some of the lessons learned by Bryan Ferry on his solo records – a bit leaner and cleaner presentation of the songs – but the album itself is also strongly a group production effort, and certainly feels that way in its use of Phil Manzenera's great guitars and Andy Mackay's horn arrangements. Titles include "Ain't That So", "Stranger Through The Years", "Trash", "Manifesto", "Angel Eyes", "Spin Me Round", "Cry Cry Cry", and "My Little Girl".  © 1996-2023, Dusty Groove, Inc.

Flesh & Blood (180 gram half-speed master)
EG/Republic, 1980. New Copy (reissue)
LP...$27.99 31.99
A fantastic start to the second chapter of Roxy Music – a time when the group was stripped down to a trio, and almost seemed to arise as a way to answer the newer music that was coming up from all the younger groups that Bryan Ferry had influenced with his work in the 70s! Things aren't as ... LP, Vinyl record album