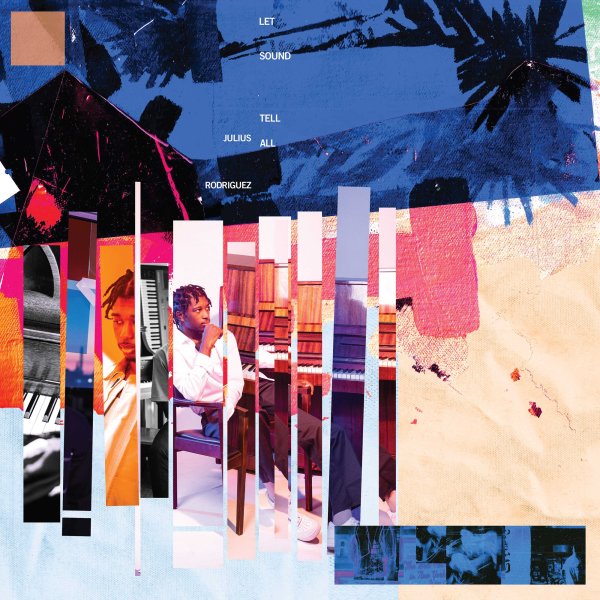 Also available
Julius Rodriguez — Let Sound Tell All ... CD 13.99
The brilliant debut as a leader from a young pianist we hope we'll be hearing plenty from in years to come – a great soloist in his own right, and a musician who's also got experience in the worlds of soul and hip hop as well! Yet don't let those ties make you think that Julius Rodriguez is one to hide behind remix gimmicks or catchy vocals – as he's first and foremost a great pianist, as you'll hear on the leadoff track, which is a straight trio number – a cut that gets things right, and sets the stage for all the wonderful musical changes that flow across the album – still mostly with work by a core trio, with Julius on both piano and Fender Rhodes – but also featuring guest stops from musicians Giveton Gelin on trumpet and Morgan Guerin on soprano sax – and occasional vocals from singers Samara Joy, Nick Hakim, and Mariah Cameron. Given Rodriguez's range at such a young age, and his skill at both composing and performing, he's off to a hell of a start – on titles that include "Where Grace Abounds", "Blues At The Barn", "Elegy", "Gift Of The Moon", "Two Way Street", "All I Do", and "In Heaven".  © 1996-2022, Dusty Groove, Inc.