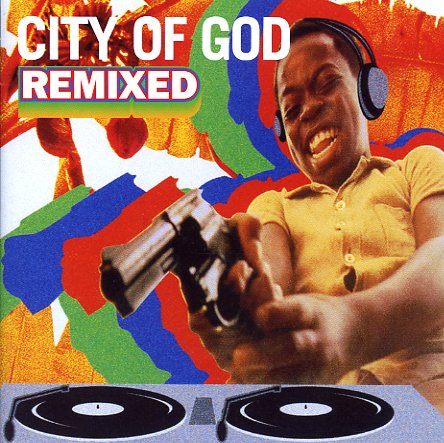 A bright batch of remixed tunes full of pulsing bouncy beats, keys, strings and grooves – essentially a remix project of songs from the film City Of God – a gritty story set in the slums of Rio! That feel is totally re-imagined here, though, as the set is full of positive, bouncing vibes and celebratory atmosphere! The cuts all have a really bright & bouncing sheen, and they are for the most part beat-heavy, club-ready instrumentals. It's the kind of sound we love on the Compost and Mr. Bongo labels, but the vibe demonstrated here is much more immediate – it's all about the bounce! Titles include "Hard Galinha" by Renato Cohen, "Convite Pra Vida (rmx)" by Beto Villares, "Busca (rmx)" by Apollo 9, "Samba Trio (rmx)" by Instituto, "Brasileiro Roxo" by Dj Yah, "Tomada Das Bocas (chill mix)" byAndre Andreo, "Mad Zoo Sessions" by Mad Zoo, "La Virada (rmx)" by Antonio Pinto, and "Funk Da Virada (waterfront lounge mix)" by Eraldo Palmero.  © 1996-2022, Dusty Groove, Inc.