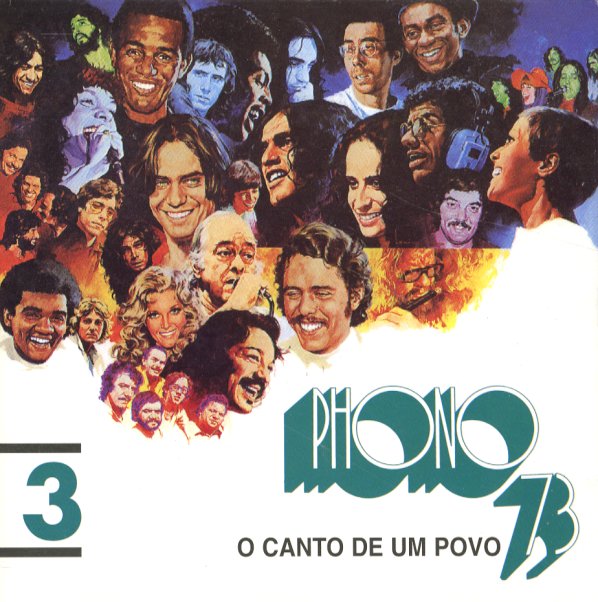 The third volume of Phono 73 – a groundbreaking live concert that brought together some of Brazil's greatest artists of the early 70s, and which was one of the biggest musical events of the decade! The all-star concert was one of the first real expressions of musical freedom in the wake of the military regime – and it marked a bold return of exiles Caetano Veloso and Gilberto Gil, amidst leading names in MPB that included Gal Costa, Elis Regina, Raul Seixas, Maria Bethania, Nara Leao, and Toquinho. Volume 3 features music by Nara Leao, Jards Macale, Gal Costa, Maria Bethania, and Caetano Veloso.  © 1996-2022, Dusty Groove, Inc.
(Out of print and still sealed.)

Phono 73 – No 2
Philips (Brazil), 1973. Used
CD...$14.99
The second volume of Phono 73 – a groundbreaking live concert that brought together some of Brazil's greatest artists of the early 70s, and which was one of the biggest musical events of the decade! The all-star concert was one of the first real expressions of musical freedom in the wake of ... CD