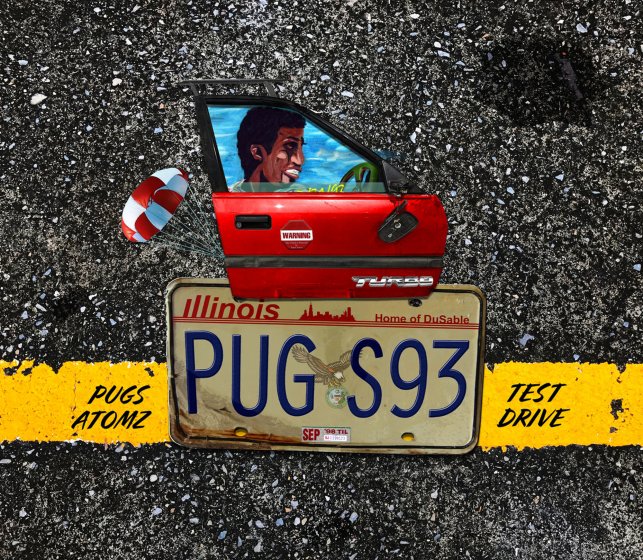 A nicely laidback album from Pugs Atomz – not at a level that feels lazy or thrown together at all – but which befits the confidence that Pugs can bring to his music after so many years – all with a quality that makes the whole thing seem as effortless as it is well-grounded! Tusk 57 handled much of the production – alongside Waffle King and Hexsagon – and the easygoing flow of the set is great, still holding strong even through guest appearances from the likes of Killah Priest, Rockie Fresh, Awdazcate, and Hexsagon himself. Titles include "Cash Ap At The Toll Road", "Malcolm 64", "Test Drive", "Green Means Go", "Cadillac On Michigan Ave", and "Sunsets In The US". LP also features added bonus tracks – "Testdrive (DJ Vadim mix)", "Green Means Go (Ed Seven rmx)", and "This Life Time (Inkswel)".  © 1996-2022, Dusty Groove, Inc.