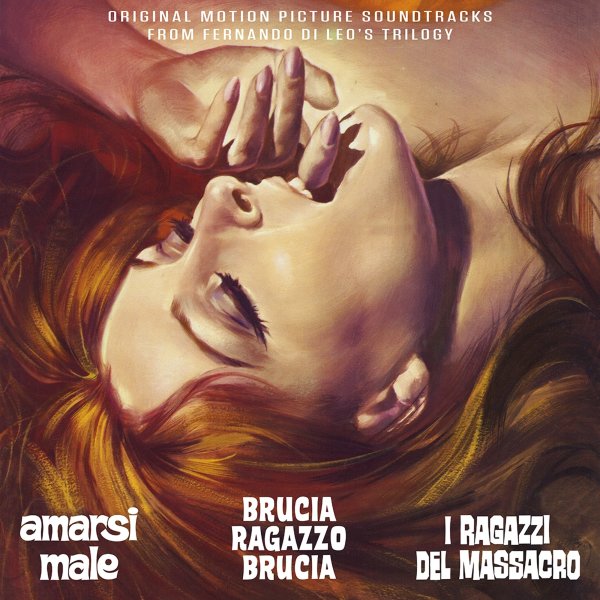 Very groovy sounds created to match the films of director Fernando Di Leo – best known for his crime/cop films of the 70s, but heard here on a range of scores for different sorts of films from 1969! Silvano Spadaccio works with Iller Pattacini on the wonderful score for Amarsi Male – a mix of some of the same bossa and jazzy styles you'd hear in Italian scores from more famous composers of the time – delivered over a whopping 33 tracks that also feature some very cool wordless female vocals from Nora Orlandi and her choir! Brucia Ragazzo Brucia is handled by Gino Peguri, and uses these full organ lines on many numbers in a really great way – sometimes echoing French styles of the period, as the score moves between spare moments and others that have an upbeat, mod-styled vibe – lots of jazzy touches over jerking beats, on a score that moves through 20 tracks in all! Last up is I Ragazzi Del Massacro, handled by Spadaccino, but with arrangements by Pattacini – in a mix of tracks that are maybe some of the most conventional of the collection – with some echoes of horror on the better numbers, which use all sorts of odd tones and phrasing – turning familiar instrumentation into something very unsettling! The 3CD set features almost 3 hours of music – and very detailed notes throughout.  © 1996-2022, Dusty Groove, Inc.
(Limited edition of 300!)