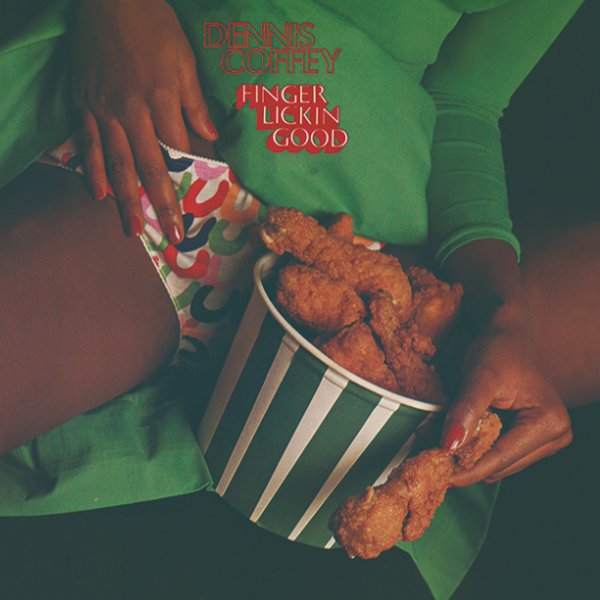 Funky guitar and a bucket of fried chicken – two things that go perfectly together here on a record that's one of the last of Dennis Coffey's great run in the early 70s! The album marks some of the shift in Coffey's role on the Detroit soul scene as the decade moved on – as it features close collaboration with longtime musical partner Mike Theodore, who was helping the scene move past 60s soul into the world of 70s club – a style that's showcased very heavily here with all sorts of fantastic rhythms, and even backing female vocals that provide a soulful addition to Coffey's work on guitar! There's almost a Sigma sound vibe to the record at times, but the grooves are even funkier with a drum snap at the bottom – on titles that include "Finger Lickin Good", "I've Got A Real Good Feeling", "El Tigre", "Live Wire", "Some Like It Hot", "Wild Child", "If You Can't Dance To This", and a nice remake of David Bowie's "Fame".  © 1996-2022, Dusty Groove, Inc.