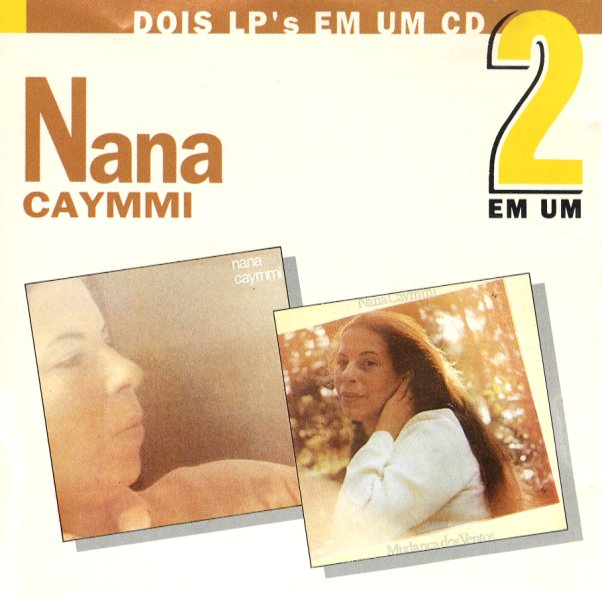 Late 70s work from Nana Caymmi – 2 albums back to back on one CD! By this point in her career, Nana's vocals were really great – as dark and strange as in earlier years, but also touched with a warmth that made them a bit more human – fleshed out perfectly with light arrangements from Dori Caymmi on both albums. The work presents a perfect portrait of the unique style of Nana at her best – a style that was rarely executed so well on record – and titles include "Sem Fim", "Nossa Danca", "Palavras", "Pra Nao Chorar", "Clube Da Esquinha 2", "Mudanca Dos Ventos", "Rama De Nuvens", "A Mo Do Tempo", "Misterios", "Amagura", and "No Analices".  © 1996-2022, Dusty Groove, Inc.
(Out of print.)

Vento De Maio (May Wind)
EMI, 1980. Used
CD...$4.99
A pretty sweet album by Elis – and one of the last she ever did! The arrangements have a bit more of an electric jazz sound than usual – but they actually give her voice a nice sound, and create some nice lush soulful tracks that have a very sweet sound. Cesar Mariano is still on ... CD