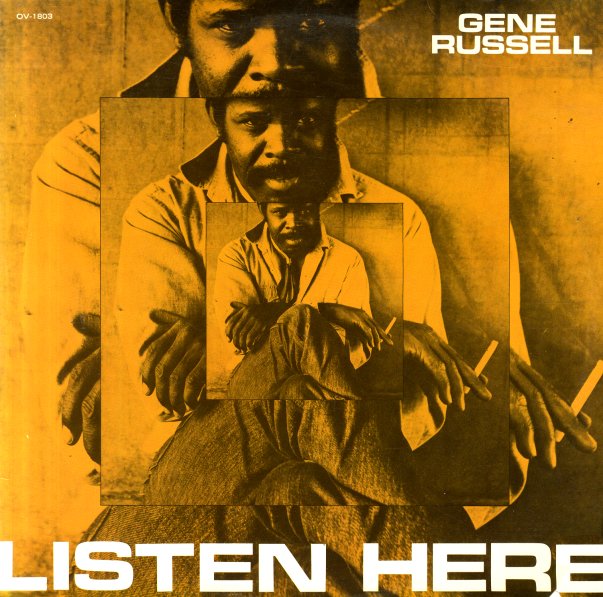 Great work from pianist Gene Russell – heard here on both Fender Rhodes and acoustic piano – on material that was recorded for the Black Jazz label a few years before this collection! The group features Henry Franklin on bass, Calvin Keys on guitar, Charles Weaver on congas, and Ndugu on percussion – and cuts include "Black Orchid", "Get Down", "Listen Here", "Blues Suite", "My Favorite Things", "For Heaven's Sake", "You Are The Sunshine Of My Life", and "My Cherie Amour".  © 1996-2021, Dusty Groove, Inc.
(Cover has a small cutout hole.)

Numa Band
Ovation, 1980. Near Mint-
LP...$9.99
Slightly funky slightly Latin fusion, recorded by this obscure Chicago group from the late 70s. The feel of the record is more along the lines of some of the slicker LA sessions from the 70s, with electric keyboards and guitar, and compressed production on the drums that give them a tight studio ... LP, Vinyl record album

2nd Wave
Black Jazz, 1975. Near Mint-
LP...$49.99
One of the heaviest keyboard albums you'll ever hope to find – a completely sublime session that not only features Fender Rhodes by pianist Roland Haynes, but also features additional keyboards from Kirk Lightsey – a double blend that really makes the record sparkle! The twin-keyboard ... LP, Vinyl record album

Another Step Forward
Ovation, 1969. Near Mint-
LP...$24.99
Joe Morello is best known the to the world as the drummer for the Dave Brubeck Quartet, but he also cut some very nice LPs on his own, and this is one of them. The record is a nice set of jazzy tracks, with kind of a groovy 60s feel, and loud swinging arrangements that are nicely punctuated by ... LP, Vinyl record album

Tranquility (ABC pressing)
ABC, 1968. Very Good+
LP...$29.99
A really wonderful post-Chess album from pianist Ahmad Jamal – a set that's maybe got a bit more bite than some of his earlier work, and which features a bold groove that really points the way towards some of Jamal's sounds to come! The format and setting are familiar – Jamal's trio ... LP, Vinyl record album

Afro-Jazziac
Roulette, Early 60s. Very Good+
LP...$16.99
A great little LP – even if it is a discographer's nightmare! The record was most likely recorded originally under Machito's name, and only featured Mann as a soloist – but it's not the album Kenya, so we're not sure which one it is, although it does look like a repackaging job ... LP, Vinyl record album