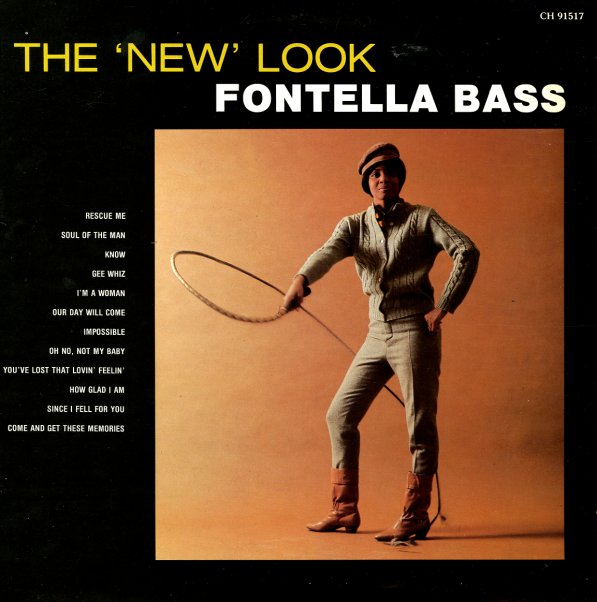 With that whip in her hand, we're not gonna argue with Fontella Bass about her New Look in the photo – and we can definitely say that the whole classic album definitely lives up to her hip, powerful stance on the cover! Fontella's a singer who started in gospel, later sung jazz, but who really comes into her stride here – mixing St Louis roots with Chicago 60s soul in a completely sublime batch of tracks all the way through! To most folks, Fontella's remembered for a few reasons – her Aretha Franklin-styled hit "Rescue Me" (often mistaken for Aretha herself), or the fact that she married Art Ensemble member Lester Bowie. But back at the start, Fontella was a heck of a great little soul singer – capable of a wide variety of modes, all of which are included here! Some tracks are as sophisticated and classy as Marlena Shaw at the time, others are downright rootsy – with more of a deep soul southern mode – and in addition to the seminal hit "Rescue Me", other titles include "Come & Get These Memories", "Soul Of The Man", "Oh No Not My Baby", "How Glad I Am", "Our Day Will Come", and "I'm A Woman".  © 1996-2021, Dusty Groove, Inc.
(Original Checker mono pressing. Cover has light wear and a cutout hole.)