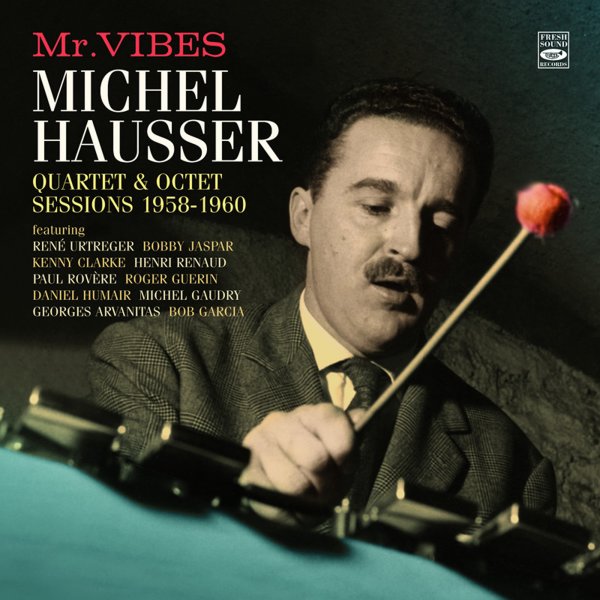 Michel Hausser was definitely "Mr Vibes" on the French scene of the 50s and 60s – a wonderful player on the instrument whose work on these tracks helped give the vibes as much of a place in European jazz world as the work of Milt Jackson over here in the US! Hauser's got a nicely sharp tone on the instrument – a good ear for the chromes on the vibes, but a quality that also mixes the sharpness of a percussive approach at times too – ringing out loud and proud on a selection of cuts from rare 10" albums, EP releases, and live material too! The scope of tracks here is fantastic – two sessions recorded with Bobby Jaspar on flute, another with Henri Renaud on piano, and another octet recording with Roger Guerin on trumpet, Bob Garcia on tenor, Rene Urteger on piano, and Dominique Chanson on flute and alto – plus live material with Arvanitas and Renaud, and one jam session track with Donald Byrd and Zoot Sims. 38 tracks in all, detailed notes on the sessions, and titles that include "Cliff Cliff", "Blues A San Pauli", "Made In Switzerland", "HEC Blues", "Rue Dauphone", "Blues Pour Le Chat", "Monsieur De", "Moanin", "4R", "Who You", "Phenil Isorpil Amine", and "Up In Hamburg".  © 1996-2022, Dusty Groove, Inc.