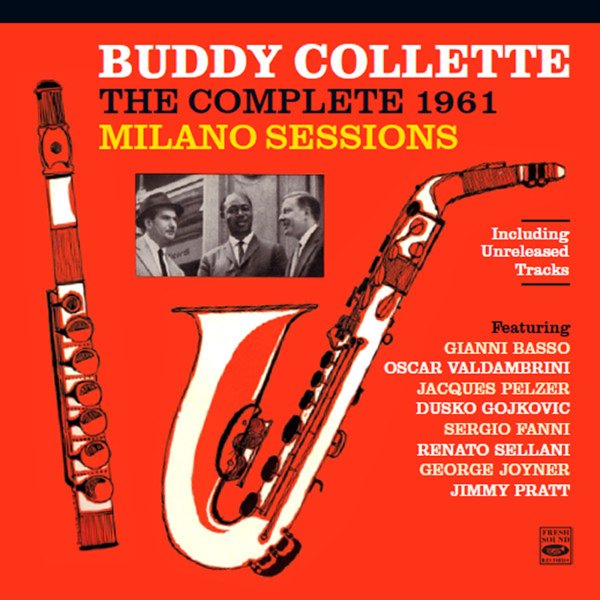 Reedman Buddy Collette is best known for his west coast work of the 50s – his own albums as leader, his work with Chico Hamilton, and a number of other sessions too – yet his performances here in Italian sessions from the early 60s is completely revelatory – and arguably better than most of his music back home in LA! These dates have an ability to combine players and modes of expression – as Collette continues his multi-reed approach, using flute, alto, and even a bit of clarinet – in the company of some tremendous European players who really bring a lot to the sessions – putting Buddy in the sort of company that's very different than he got in the US! The package features material from the rare albums Buddy Colette In Italy, The Polyhedric, and Soft Touch Of Buddy Collette – plus unreleased tracks from the sessions too – and players include Dusko Goykovich on trumpet Renatto Sallani on piano, Dino Piana on trombone, Gianni Basso on tenor, Giorgio Azzolini on bass, Oscar Valdambrini on trumpet, Franco Cerri on guitar, Jacques Pelzer on flute, Amadeo Tommasi on piano, and Jimmy Pratt on drums – on a total of 38 tracks that include "Miss Helen", "Blues For Nicola", "Slavic Mood", "San Carlo", "Pickford Street", "Paddi", "Soft Touch", "Speak Low", "Lonely Flute", "Santa Monica", and "Jake".  © 1996-2022, Dusty Groove, Inc.