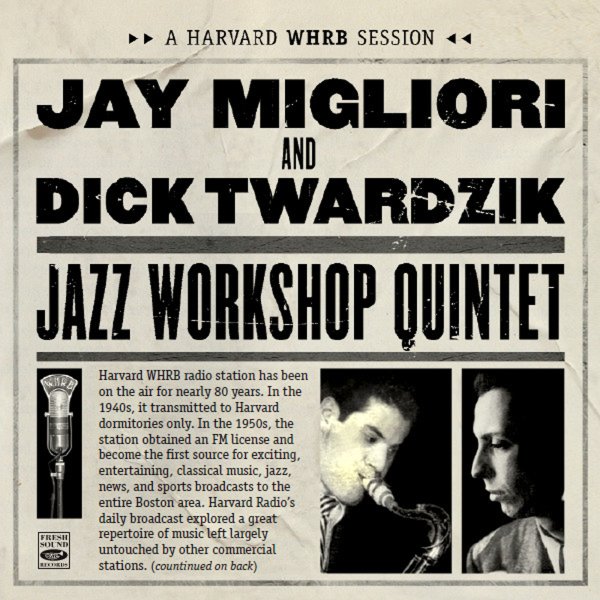 A rare live set from the Boston scene of the postwar years – a record that's not just noteworthy for the work of the great Dick Twardzik on piano, a player most folks know from his recordings with Chet Baker before he passed away in 1955 – but also some great vibes from Johnny Rae, an excellent musician who only made a handful of records in the 50s himself! And of course, there's also the mighty Jay Migliori – a tenorist who blows with the kind of sharp, modern tone that marks him as a key part of his city's scene – a voice on his instrument that's every bit as personal and revolutionary as the changes that Charlie Mariano was bringing to the alto, or Serge Chaloff to the baritone! The material here is from a well-recorded, never-issued radio broadcast for a Harvard station in 1954, and it's as essential as any studio session might have been by the group – which also includes Jack Carter on bass and Bob Atcheson on drums. Titles include "Fatty", "Round Midnight", "Get Happy", "Ryan's Love", "Chanticleer", and "Willow Weep For Me".  © 1996-2022, Dusty Groove, Inc.